Posted by Matt | New Zealand, What's New with The Bakers? | 2 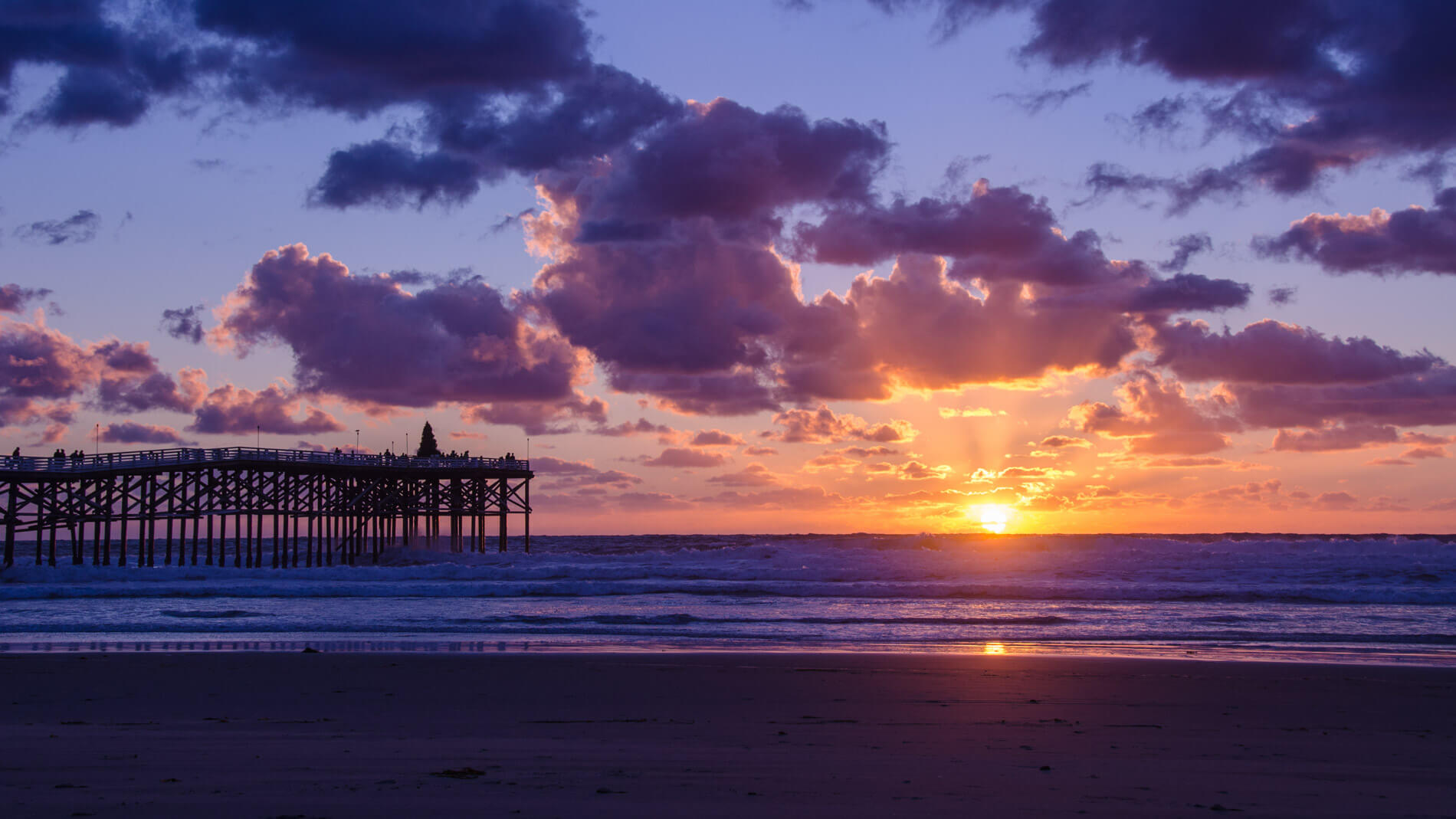 John Lennon sang those words way back in 1980 but they’re fairly fitting for the last 18 months of our lives.

Since Dayna dragged me into a hotel bathroom in Seattle to let me know we were going to be parents, a lot of things have changed for us. At that point we had been facing the reality that this whole getting pregnant thing wasn’t as easy as we thought it would be and we were at the start of what we hoped would be an epic 1000 day adventure. Part of the reason for this huge trip was to make us stop just waiting for things to happen and start really enjoying life. The idea of having a baby had been exciting but after quite a while of trying, the new idea of travelling for years was pretty exciting too.

So our first reaction to our baby news (after some happy tears were shed) was that we would just tweak our plans to include a longer stint in NZ to have the baby and get through those first few months before continuing our travels with our new little travel buddy in tow. No squawling baby was going to slow us down. Oh how naive we were…

The first hit of reality came well before the baby was born when Dayna found travelling when pregnant was even harder than expected. We still managed to travel around New Zealand, Sri Lanka, Hong Kong & Canada but it was not without it’s challenges. Finding food that was “pregnancy approved”, dodging Mosquitos and Zika, dealing with heatwaves, nausea and fitting in appointments were tricky enough but this was compounded by a stubborn little baby that refused to let us (and our doctors & various midwives) relax. Our little baby hovered around the 2nd percentile for some of his measurements before we left New Zealand which raised a red flag for our midwife and set us up for a long series of growth scans and some furtive googling from us (never a good idea!). The dude also kept us guessing until the last minute but stayed breech (which apparently only happens 3% of the time) and because of NZ’s approach to breech births, our son had to be born by Caesarean in the end.

At the same time, we quickly ran into the realisation that we would need to apply for a partnership visa for Dayna. It is a hard sell turning up heavily pregnant to border control on a tourist visa when you’re married to a local.
“Don’t worry guys, I’m just here to see the sights…I promise I’ll leave soon”

We ended up getting an extended partnership visitor visa as a temporary option but wanted Dayna to get permanent residence in New Zealand eventually anyway so we decided to bring our plans forward by a few years. It costs a chunky bit of change in immigration fees and medicals and it also locked us into spending at least half of every year in NZ for the next 3 years (at which point Dayna will be able to apply for permanent residence and the days of NZ visa applications will be behind us). So suddenly our stay in NZ got a little bit longer.

The idea of staying in NZ wasn’t so bad (after all, Wellington did win top city in the world recently for a reason and we have friends and family in NZ) but it did mean that I had to get a job given we were going to be here for a while and now had a bunch of nappies and baby gear to pay for not to mention rent and grocery bills. I started out looking for short term contracts that would pay the bills for a while and let us keep our options open but ended up finding a permanent job that I really wanted. So far it has worked out great and I’ve ended up mostly enjoying the challenge of the job and working with a bunch of great people.

Just a week after I accepted a job offer, Dayna and I welcomed Jethro into the world (butt first and screaming). After all the concerns about size, him being breech etc, we were happy to find him a perfectly healthy little newborn.

Nine months have passed since then and it has been a crazy blur of ridiculous highs and lows (I feel like that could describe being a parent in a nutshell for us). The first few days and weeks were difficult even though we knew it was going to be tough. Neither of us deal with a lack of sleep very well and suddenly we were both operating on a couple of hours sleep at best. Sleep deprivation is scary. We had some moments that are hilarious in hindsight though.

Those moments when one of us would wake up terrified that we had rolled on to Jethro in our bed as our last waking memory was of him being next to us. Or those times when we desperately needed to sleep but he was being too quiet so one of us would be hovering over his bassinette trying to confirm he was still breathing. Dayna likes to remind me about the time I woke up in a panic and started getting Jethro out of his bassinette for no reason whatsoever (I was so out of it that I thought he was crying at the time). Not to mention all the various poo explosions, and mid-nappy change pee fountains. Jethro’s struggle with weight gain continued after he was born and it took Dayna 3 months before breastfeeding was no longer painful. On top of that, Ro did not like sleeping like his parents do, so it was quite a stressful time for the first few months.

As soon as Jethro was able to start smiling our lives got a lot easier though. It’s amazing how great you feel when your baby smiles at you for the first time and all the hard bits seem to melt into the background for a few minutes. And then he started giggling and laughing and it was the best sound in the world.

After a lot of effort, we had got to a pretty good spot where Jethro was more predictable and slightly easier to keep happy before we’ve had a couple more curveballs to keep things interesting.

The first one came a few months ago when we discovered Dayna was pregnant. Again. Baby Baker #2 is due a month after Jethro’s 1st birthday. The irony of having a surprise second baby so close to our first that took so long to conceive is not lost on us. Fertility is weird and unpredictable. There is definitely a slight pang of guilt when thinking about those who are trying and haven’t got there yet. We were there not that long ago after all. Having a second baby coming along has further changed our plans and shot down some travel ideas we were kicking around for the next year. The most annoying part being that Dayna can’t get health insurance over a certain amount of weeks so a road trip we were planning down the west coast of the States was cancelled just as we were getting excited about it.

To further complicate life recently I somehow managed to badly break my ankle playing badminton. I was just at a social club night and got the edge of my foot caught as I moved backwards and my ankle rolled just as my full weight came down on it. The loud crack I heard as I went down screaming is hard to forget.

Two broken bones and a completely torn ligament on the other side of my ankle meant they had to operate to put in screws and a plate but unfortunately my ankle was too swollen whenever the surgeon checked over the first few days. I ended up spending most of the week in hospital (being hungry and thirsty as I was nil by mouth most of the time) before the surgery.

All went well and I’ve now been home over a month with Dayna, looking after an eight month old baby AND me stuck in bed with my leg elevated whilst she is pregnant. I think she’s ready for a break now.

Oh, and I just found out I need a second surgery to remove one of the screws in my ankle. Which, I’ve been told, will be scheduled for 4 months from now. It just so happens that Dayna’s due date is also 4 months from now. We sure don’t make things easy for ourselves! Looking ahead to the Future

We do at least have some travel to look forward to finally. Dayna and Jethro are off to Canada in a week and I’m joining them at the end of August with a detour for a 3 night stay in Vegas to see our buddies Jono and Cath (Dayna is pretty bummed about not making this part of the trip).

Hopefully we’ll be pros at travelling with a baby in no time and then we’ll be keen to follow through with some more of our travel ideas for next year. Dayna will be flying solo whilst 6 months pregnant with a 10 month old baby on a 14 hour flight (24 hours of travel total) so any tips on travelling with babies is welcome!

We’ve gone through a bunch of changing plans over the last 18 months but we’re learning to roll with it and just enjoy the ride. We’ve just recently made a big step towards accepting all this change and our current situation. We moved into our place here in Wellington last September but we’ve been reluctant to put up any pictures on the walls as some sort of denial of the fact we now have a semi-permanent base here. Well, we’re now sorting through travel photos to fit in a couple of big picture frames to hang on the wall here and help make it feel more like home. OK so maybe a big step was exaggerating but we’re getting there. 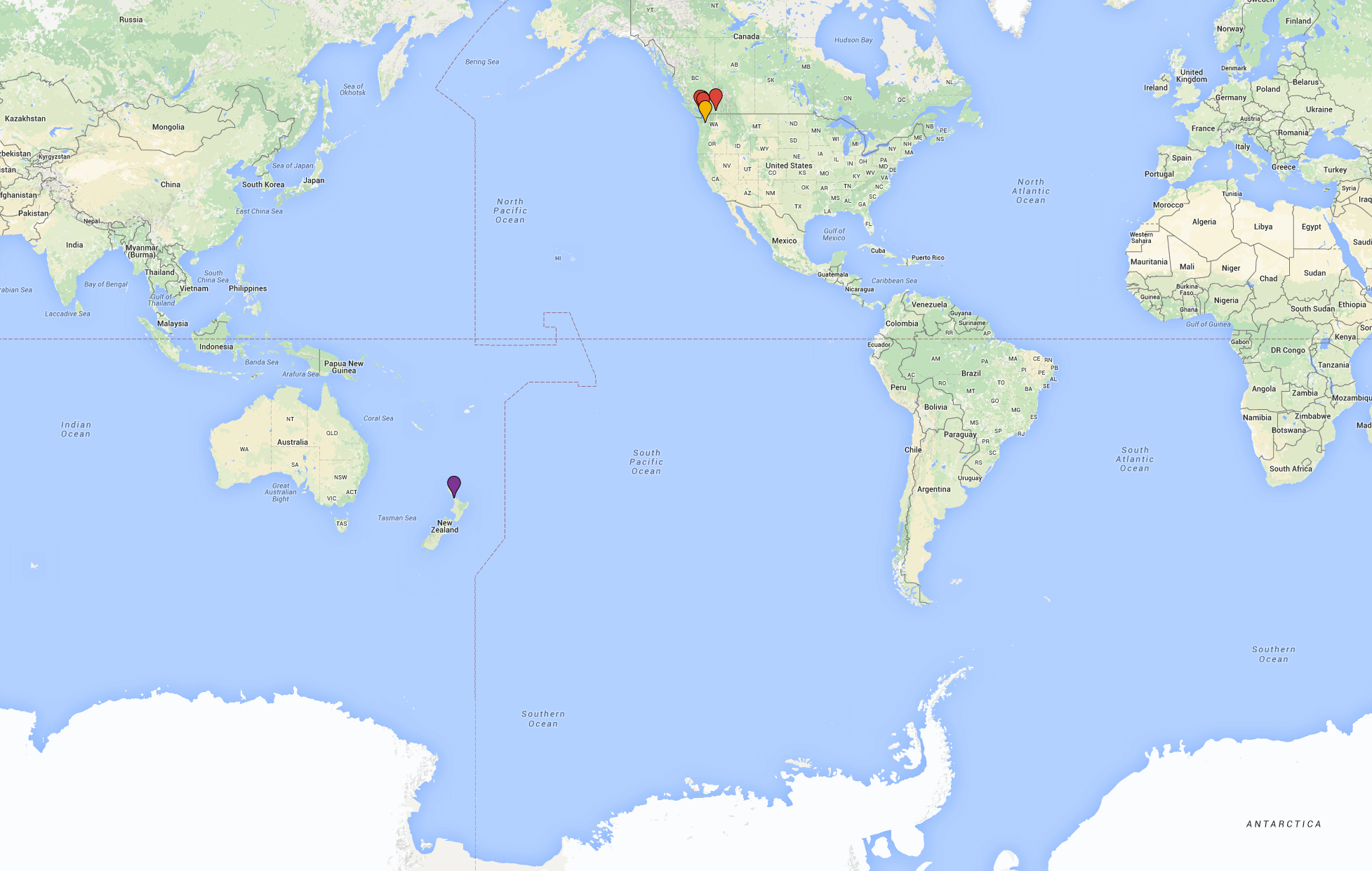 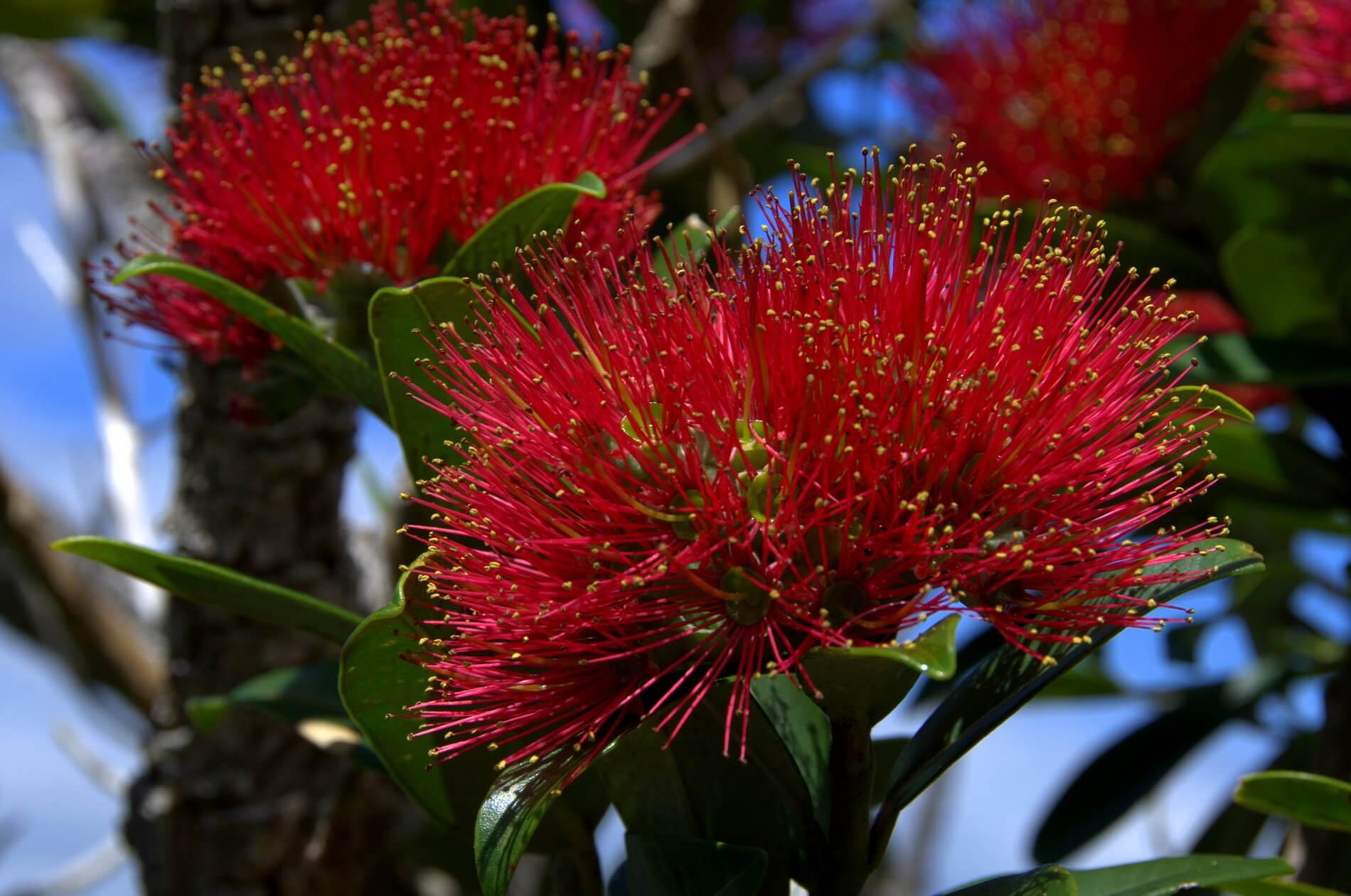 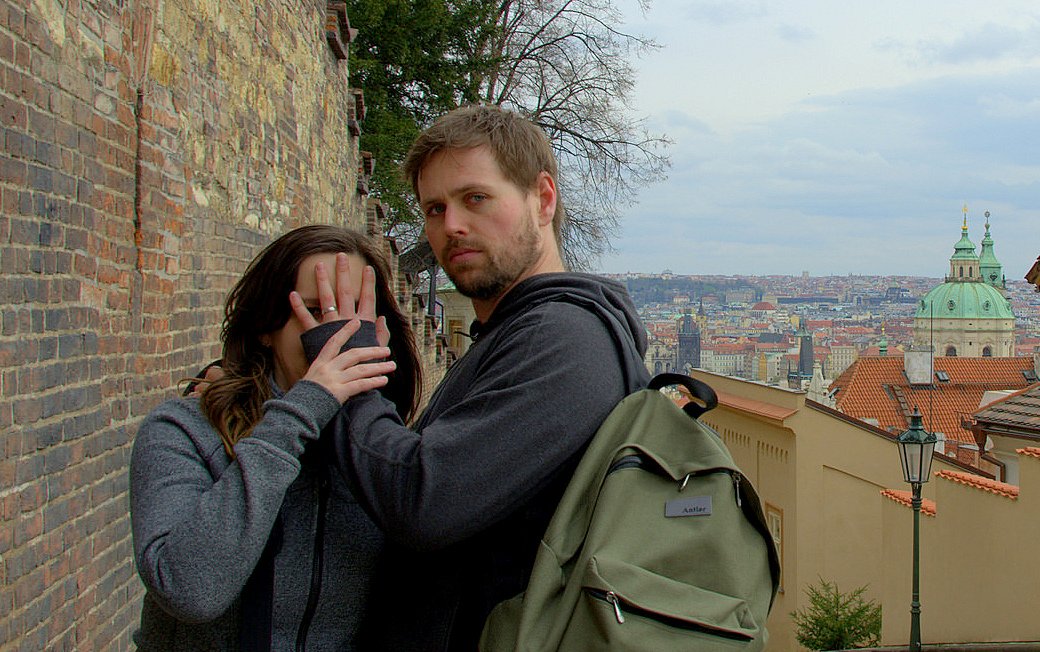 What’s New with The Bakers? 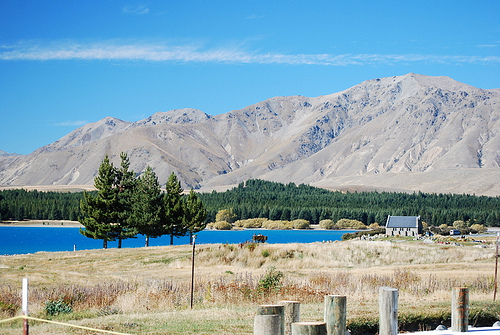