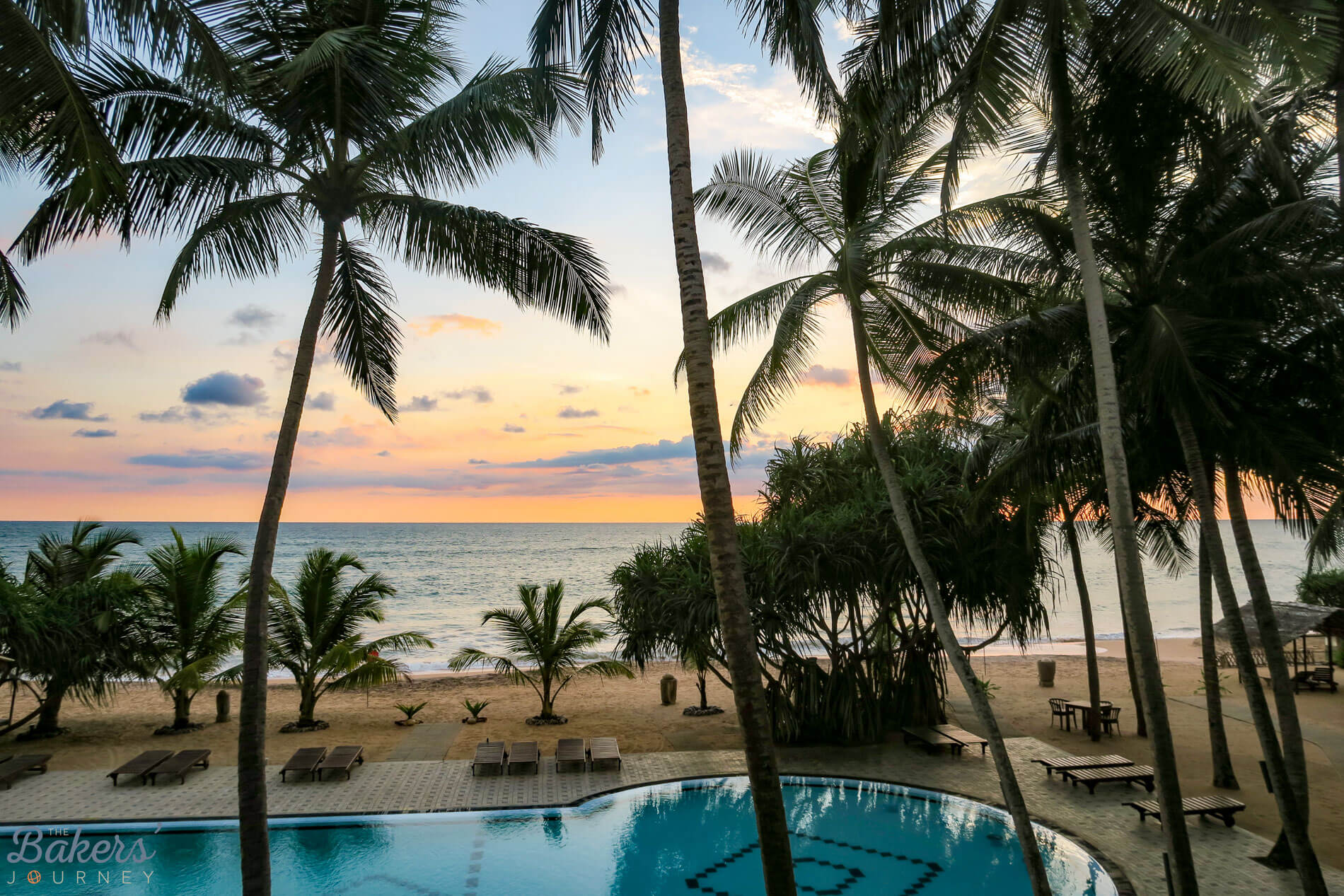 First of all, thank you for all the comments here and on FB, and all the messages we received after our baby announcement post! We had quite a few people sharing their own stories of fertility struggles with us and it was great to be able to encourage each other..

Plus it made it all a bit more real to tell everyone our news.

It was only a few days before we left New Zealand that I started to feel more like myself and less like I wanted to throw up at every moment.

We started our trip to Sri Lanka slowly so I could ease into travelling in a place where food, transport, etc may not be as easy as in places like Canada or New Zealand.

We arrived at Negombo airport and got a car to the Whispering Palms Hotel in Bentota where we stayed for 6 nights. Negombo airport is quite a ways out of Colombo so our other option would’ve been to get a shuttle from the airport to a nearby bus station, then a local bus to Colombo bus station, a tuk tuk to the train station, a train to Bentota/Aluthgama, then another tuk tuk to our hotel. With all our stuff, in the 36 degree heat.

So even though it was a lot more expensive to get a car, we figured it was the best option having just arrived in the country. No worries though, we’d have lots of local trains, buses, and tuk tuks in our future.

As I said, we stayed at Whispering Palms for 6 nights which is where I got my first taste of accommodation in Sri Lanka and would later learn that no matter how much you pay for accommodation here, you always feel like you aren’t quite getting enough value for money when compared to other Southeast Asian countries.

I’ve stayed at much nicer places for less money than Whispering Palms but since we’ve been travelling on a much tighter budget since then our accommodation has actually gone downhill a bit. We were expecting to pay a bit more than in Thailand, Cambodia or Vietnam but weren’t expecting the places to be so basic (dirty, uncomfortable beds, bugs squished all over the place, showers that barely work and don’t drain…Whispering Palms was luxury compared to most of the places we’ve stayed for the last few nights). Bentota is a very small town on the west coast of Sri Lanka and most of the accommodation options are resorts. So pretty much the only option we had for meals was at our hotel which meant it was a bit more pricey but at least it was quite yummy. There was an Italian restaurant next door which we went to a couple times when we wanted a change. Not drinking alcohol does mean that our food budget has stayed on track so I suppose that’s a good thing!

What really sold us on this place was the pool. We spent a few hours a day swimming and lounging next to the pool while reading. The rest of our time was spent re-watching Game of Thrones and we got through a couple seasons (all caught up now and onto the newest season – so good!). Our time here wasn’t completely without incident when Matt stubbed his toe real good on a dirty step while coming back from dinner. He does this almost every trip we go on (he shouldn’t be allowed to wear jandals) but this time was particularly bad. Luckily we had brought a small first aid kit with us that had pretty much everything we needed to clean it up and protect it.

*Warning: Images are not for the squeamish!* We also went for a couple walks along the beach (pre toe incident) which we had read is one of the last big stretches of beaches on the south west coast that hasn’t been completely ruined by rising ocean levels eroding away the sand. That being said, it’s still being affected and we past a group of locals digging up the sand and putting in in bags, then back into the large hole they’d dug in an effort to slow the erosion.

Whispering Palms and Bentota were a very good way to ease us into Sri Lankan travel and did start to prepare us for what was next…. 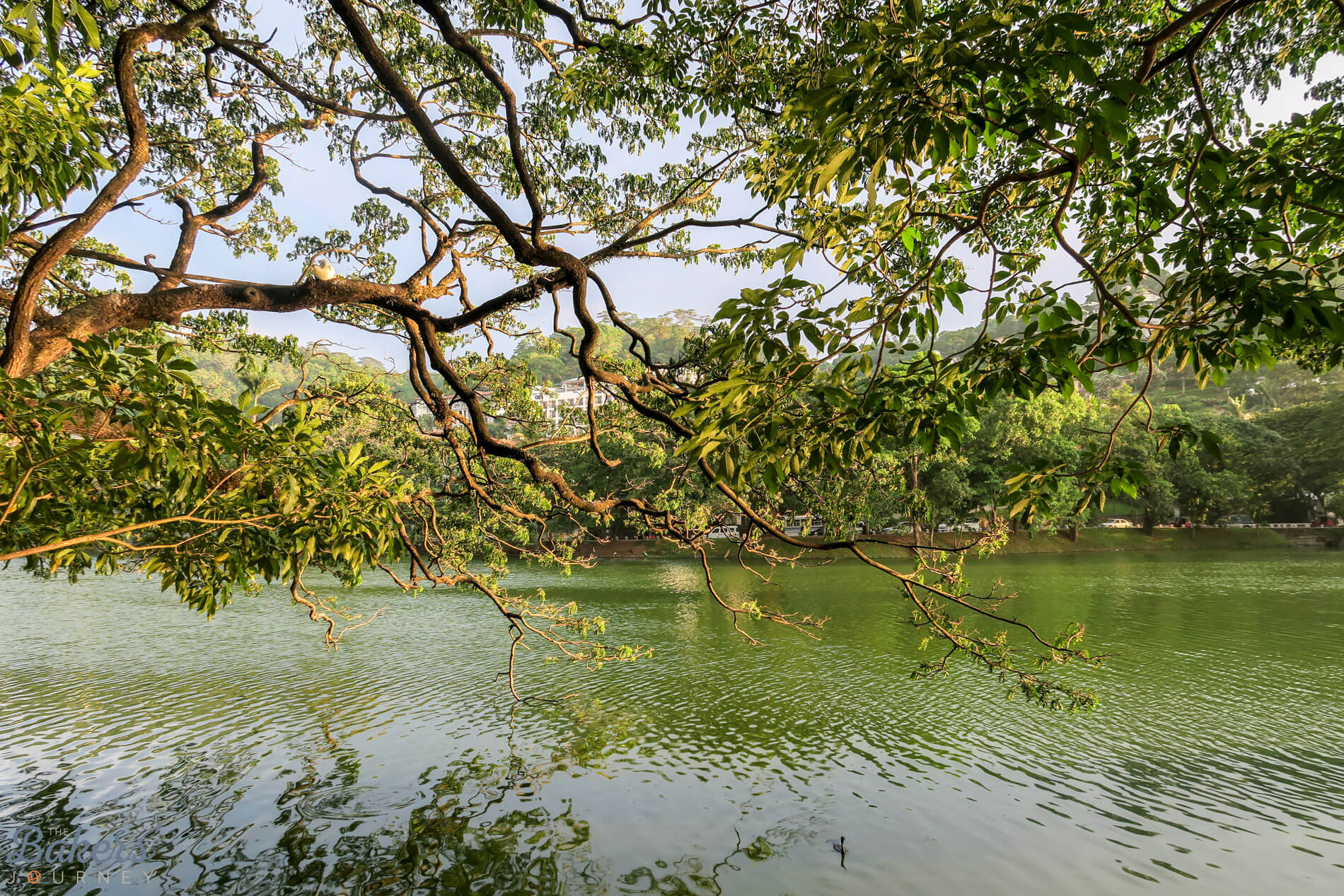 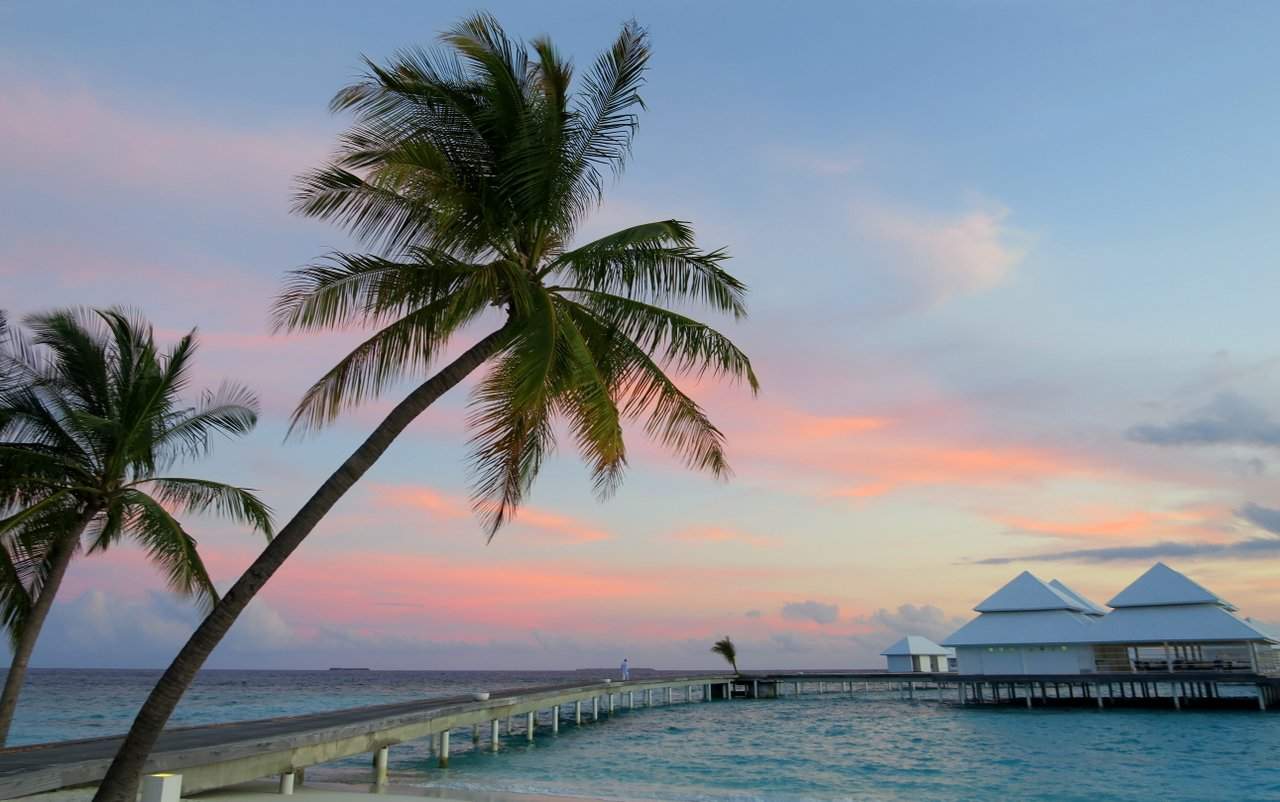 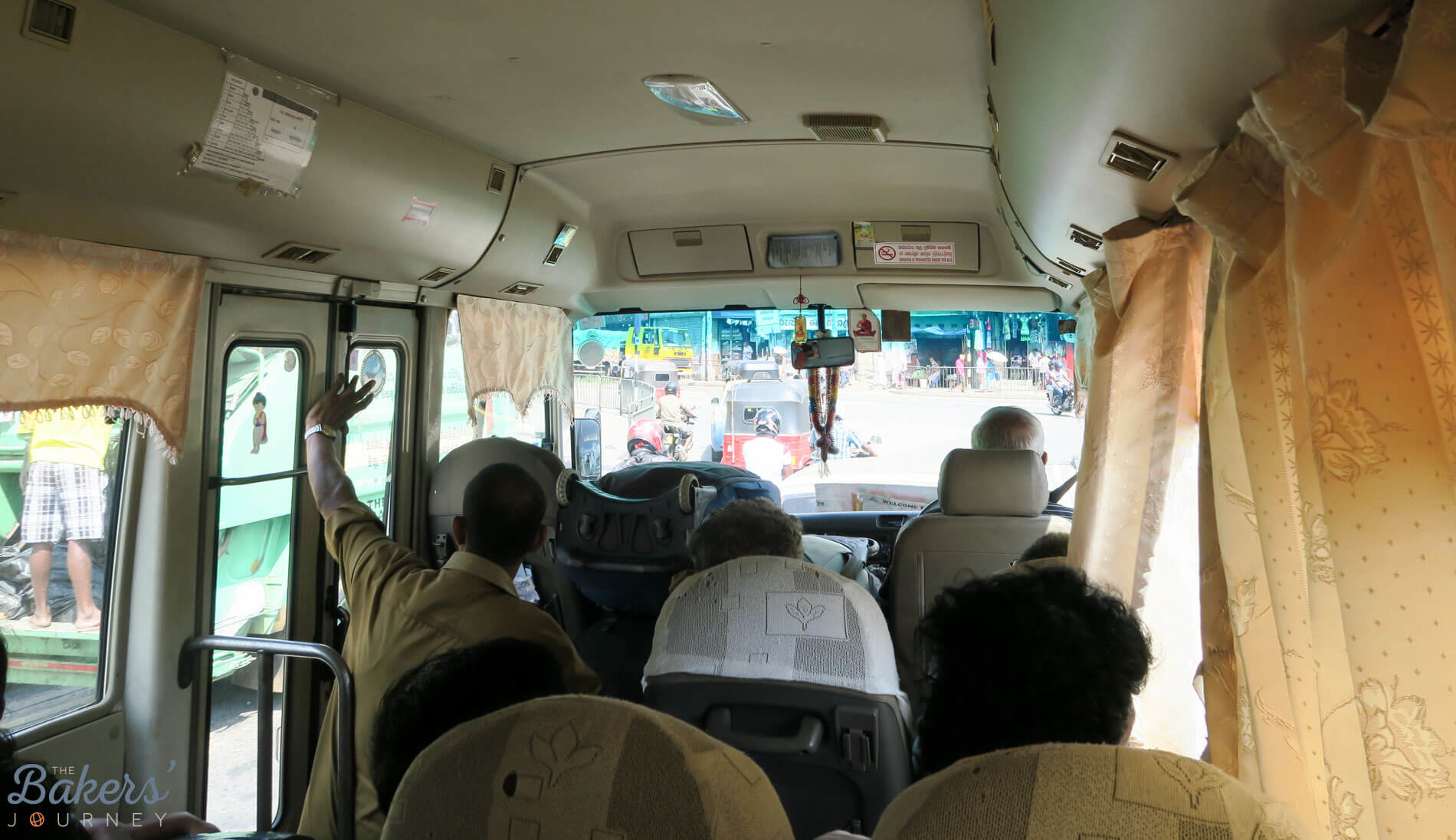 How to get from Kandy to Dambulla by Air-conditioned Bus 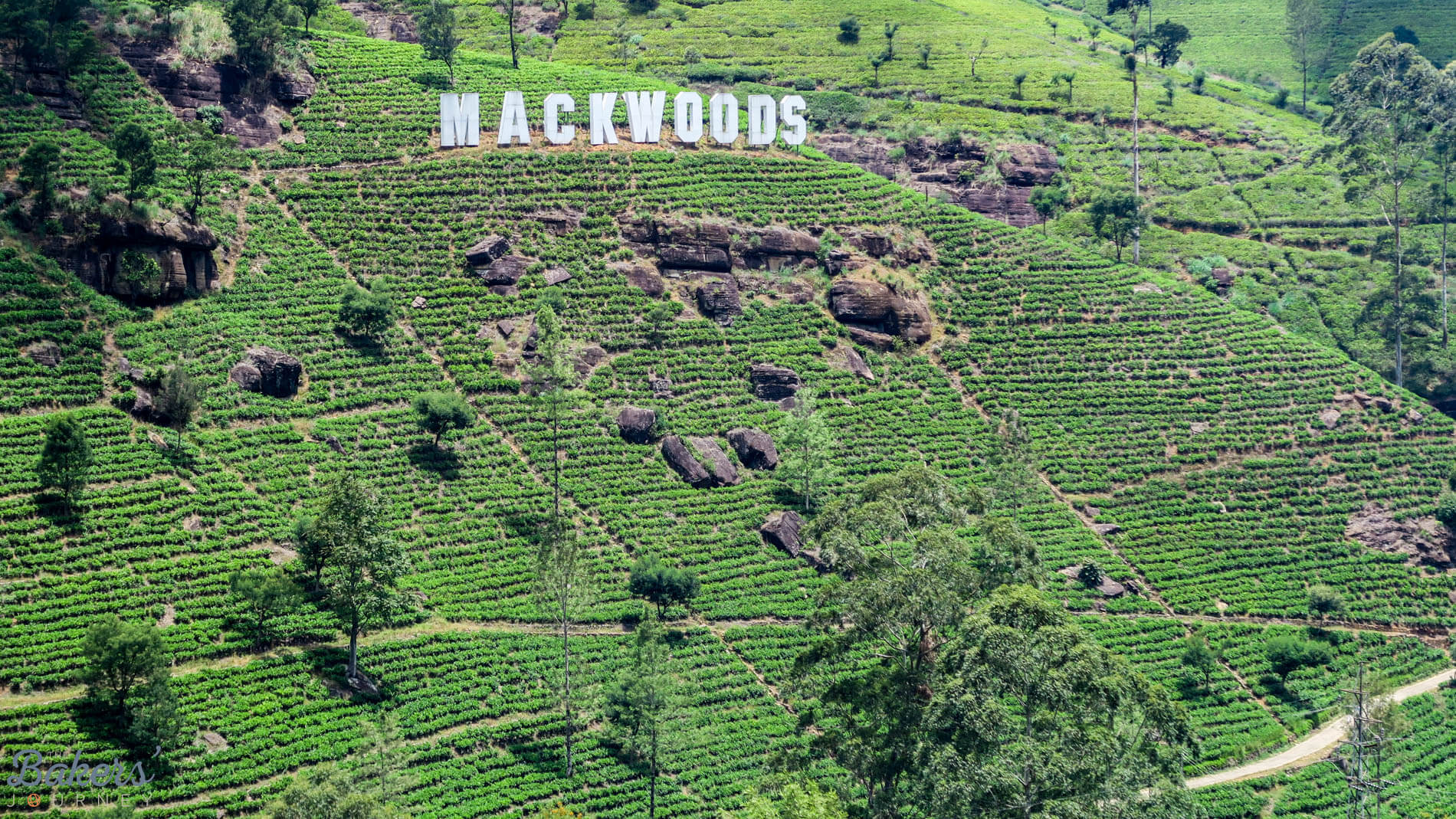