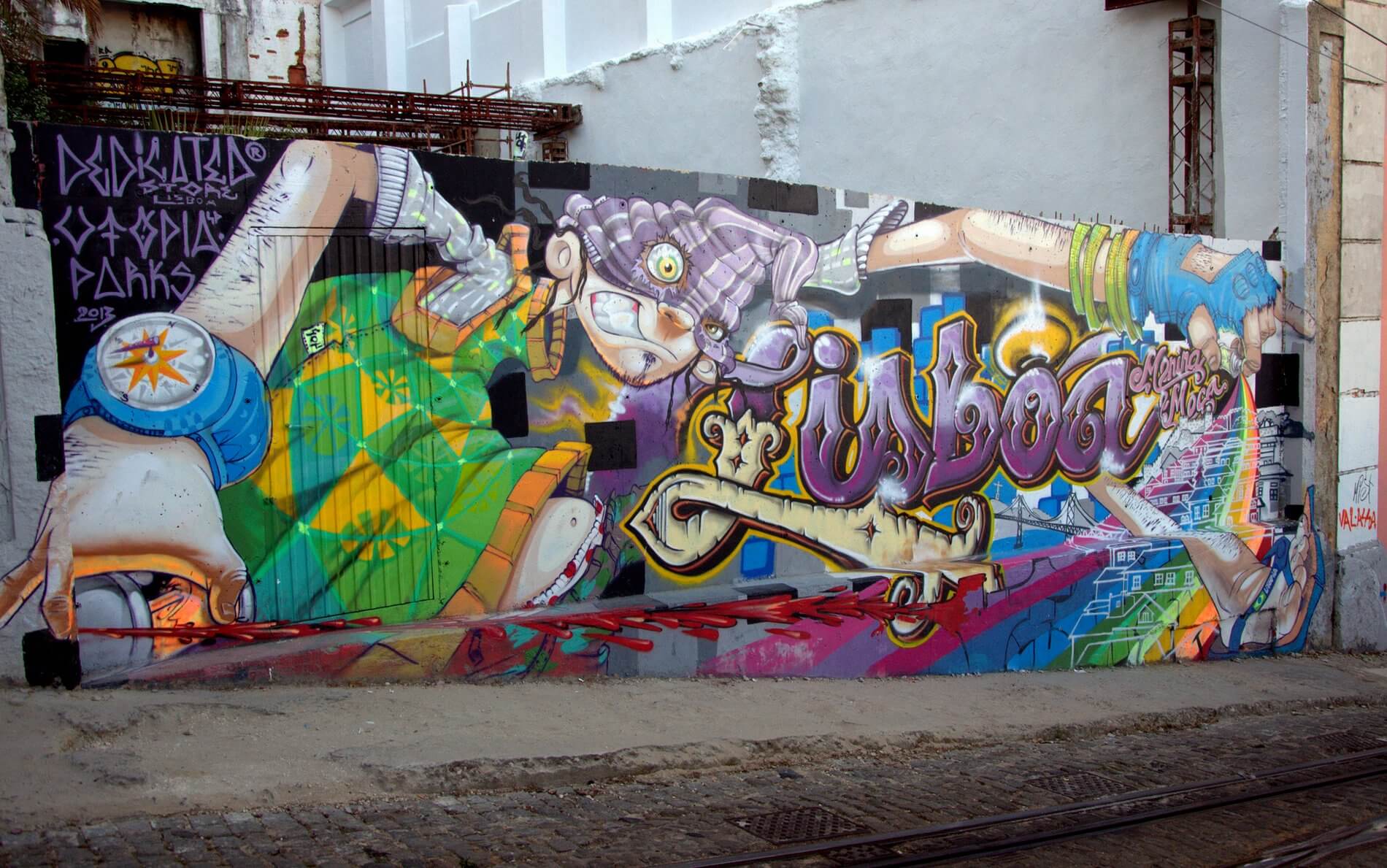 Shortly before arriving in Lisbon, we had a change of heart regarding our hotel. The steep (for us) price tag had me quickly looking for something similar but for less moola. Three days before we left, we changed hotels to save £200…a pretty risky move. However, the move paid off and we were able to spend that £200 on more exciting and delicious things.

Leaving after work on a Wednesday meant we had to find our hotel via the Metro system and a fair bit of walking in the dark in a brand new city. After a couple wrong turns (which would prove to be somewhat of a theme in Lisbon), we finally found our hotel, dropped off our bags, and went to find dinner. In Portugal, as it is in most European countries, dinner is served quite late in the evening so we had no trouble finding a little restaurant at 9pm. Thanks to our TripAdvisor City Guide, we knew we were in for a delicious meal. Portugal is big on steak and our first meal in Lisbon was a huge tender steak covered in garlic broth served with home made chips AND rice. With olives and bread as a starter and a bottle of delicious Rose wine, I knew I was going to like Portugal. The bill made the whole meal even better by only being 30 Euro. A steal for all that food and wine!

After a bit of a sleep in, we made our way to the Lisbon Aquarium. We were definitely impressed by the Metro system as it was unbelievably big, clean and very quick…once you found the station. Matt and I have never really been lost on our travels but thanks to confusing (or complete lack of) signage, we got lost on the way to every single place we wanted to get to. If you go to Portugal, just make sure you have a map with you.

Anyway, after a quick detour through the mall over top the station, we arrived at the Aquarium.

There was a temporary sea turtle exhibit so we started there. The turtles are so much bigger than I imagined – can’t wait until we get to swim with them in the sea.

The way the Lisbon Aquarium is set up is really quite unique. They have a massive tank in the centre of the building which is surrounded by 4 habitats (North Atlantic, Antarctic, Pacific, and Indian oceans). So when we first walked in, we saw the centre Global tank filled with massive sharks and sunfish. Then we walked around the surface level of the different habitats before going downstairs to the underwater level.

Overall, we thought the layout was very clever as most places you have to back track and there isn’t a nice flow to it.

Near the end of the circuit, there’s a huge viewing window to the main tank and there were about 30 little kids sitting in front of it looking at all the fish. Shortly after we got there, all the kids left so I had the whole place to myself and I sat there for at least 15 minutes just watching the pretty sharks swim by. Matt, on the other hand, was watching a video about the aquarium and learnt that they actually make their own salt water to reduce the amount of naturally occurring bacteria that could affect the health of the fish. They also have a system of where in the tank the different fish are fed.

Neither of us had set foot in the Atlantic ocean so we decided a trip to the beach was in order. We grabbed a very cheap and pretty quick train to Cascais, got some yummy gelato and made a bee line to the ocean.

We then walked around the cute little seaside town before finding Big Al’s Canadian Restaurant to have some delicious chicken wings, potato skins, and cider.

Lisbon has crazy amounts of graffiti which kept us distracted while walking around – probably the reason we got lost so much!

Our second day trip out of Lisbon was to Sintra, a region that has a bunch of old castles sitting high up on the top of hills. We spent the day exploring 2 different sites – a fortress and medieval castle. The views were incredible and it totally felt like we were in a fairytale.

The Bairro Alto area in Lisbon is well known for it’s food and party atmosphere. You can walk around the area with a drink in hand taking in the decorations, more graffiti and yummy smelling food…all while declining offers of various drugs. We couldn’t believe how many times we were approached by rather shifty looking characters until we got home and heard that Portugal recently legalised pretty much everything.

We hiked up the very steep hill along side the tram tracks to get to Ha Piteu, a very well reviewed tapas restaurant. Tapas is my favourite way to eat – why order one meal when you can try 5!

By the time we finished our amazing meal, the restaurant was packed and people were lining up outside the door. The staff very apologetically asked us to move to a bar seat which we happily agreed to as we were enjoying delicious Caiprinihas at that point and gave us free port as thanks. Definitely check them out if you find yourself in Lisbon!

Our last day in Lisbon was full of lots of walking. Not an issue when you’re used to walking in flat London but Lisbon has hills. Lots of them. But we needed it with all the yummy food and cheap wine we’d been drinking.

We hiked up to a lookout to get a better look at the city then went in search of a cafe we read made the best cupcakes in the city. After getting a little lost (again!) due to our TripAdvisor app being a bit off GPS-wise, we found it and had a a well deserved sit down.

Our last meal in Lisbon would make it into my top 5 of best meals ever eaten…which is definitely saying something.

Cantinho Lusitano is a very small family run restaurant a little ways out from the main centre. Matt had heard a lot of good things about it and made us a reservation a week before we arrived in Lisbon to make sure we got a seat. Lucky too – every single table was reserved and walk ins were turned away within moments of the restaurant opening. Again, this was a tapas meal so we shared a few plates and a bottle of wine. We had the standard olives and bread to start, stuffed mushrooms, garlic beef, spiced meatballs with garlic yogurt, and the most amazing dish I have ever eaten. Baked goats cheese with honey and rosemary with little toast crackers. To die for.

We even got to chatting with the older American couple seated next to us. They were from Oregon and had been flown to Europe to drive a rental car from Sweden to Portugal for free. Definitely something we’ll be looking into in the future! 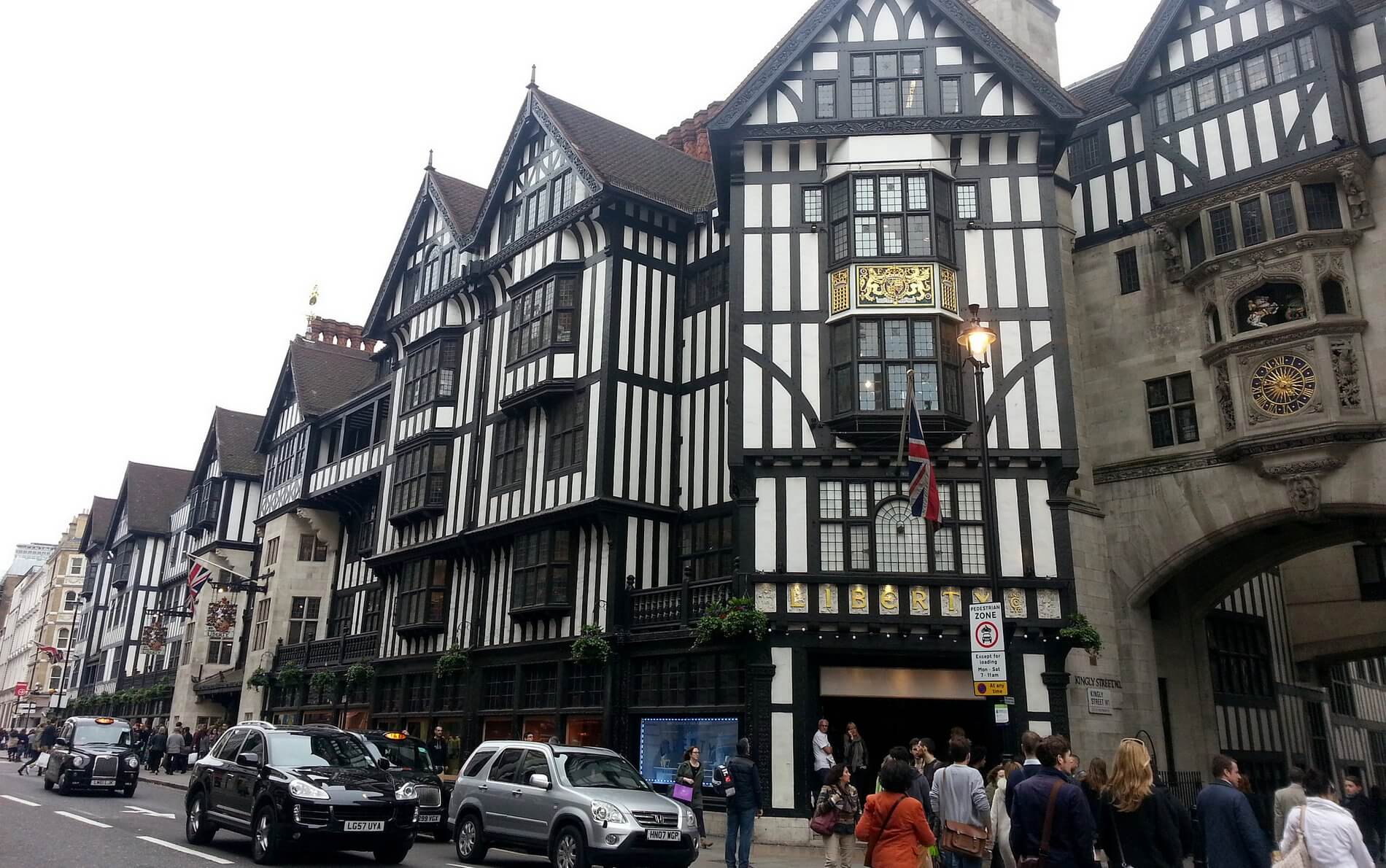 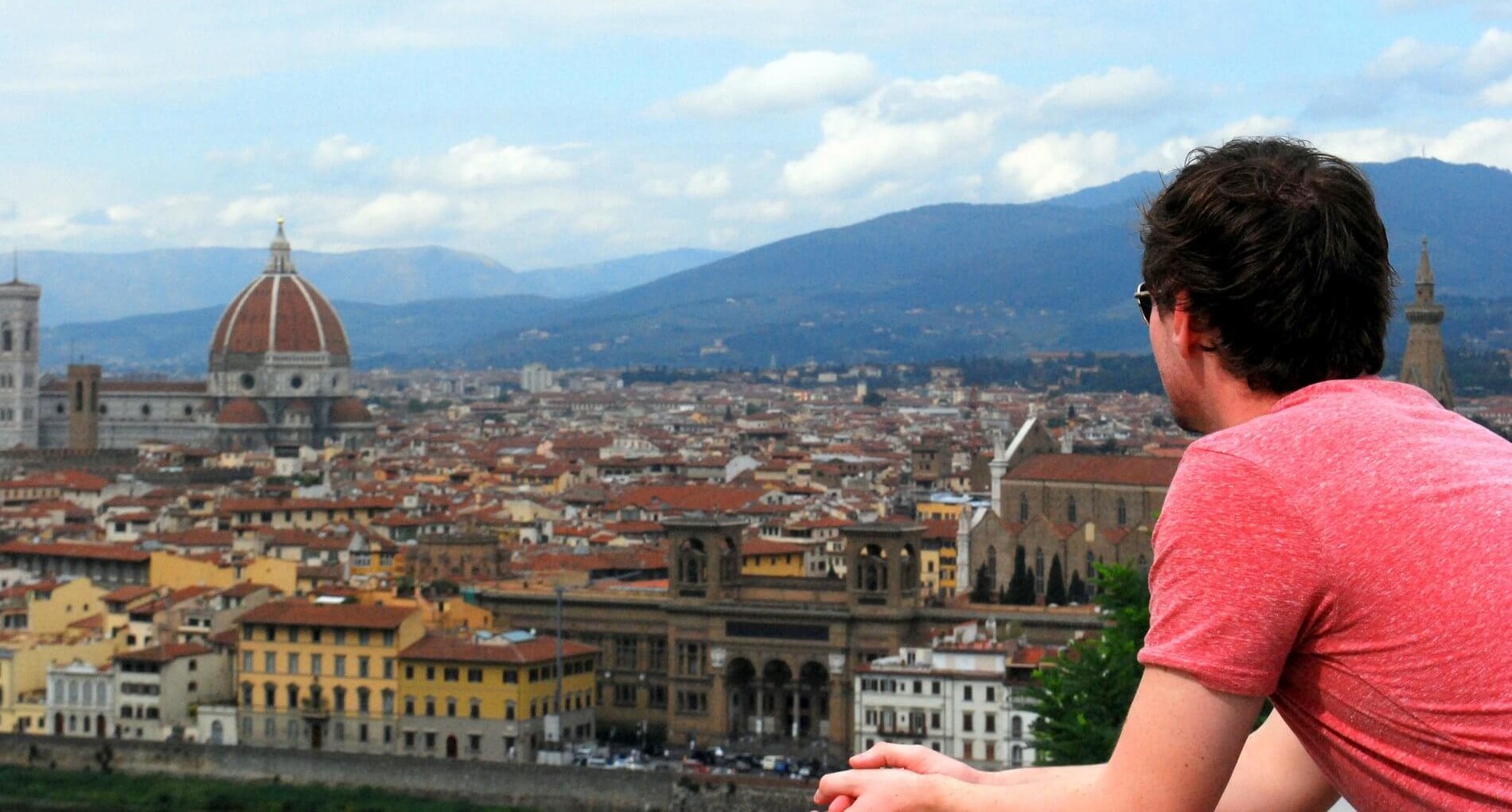 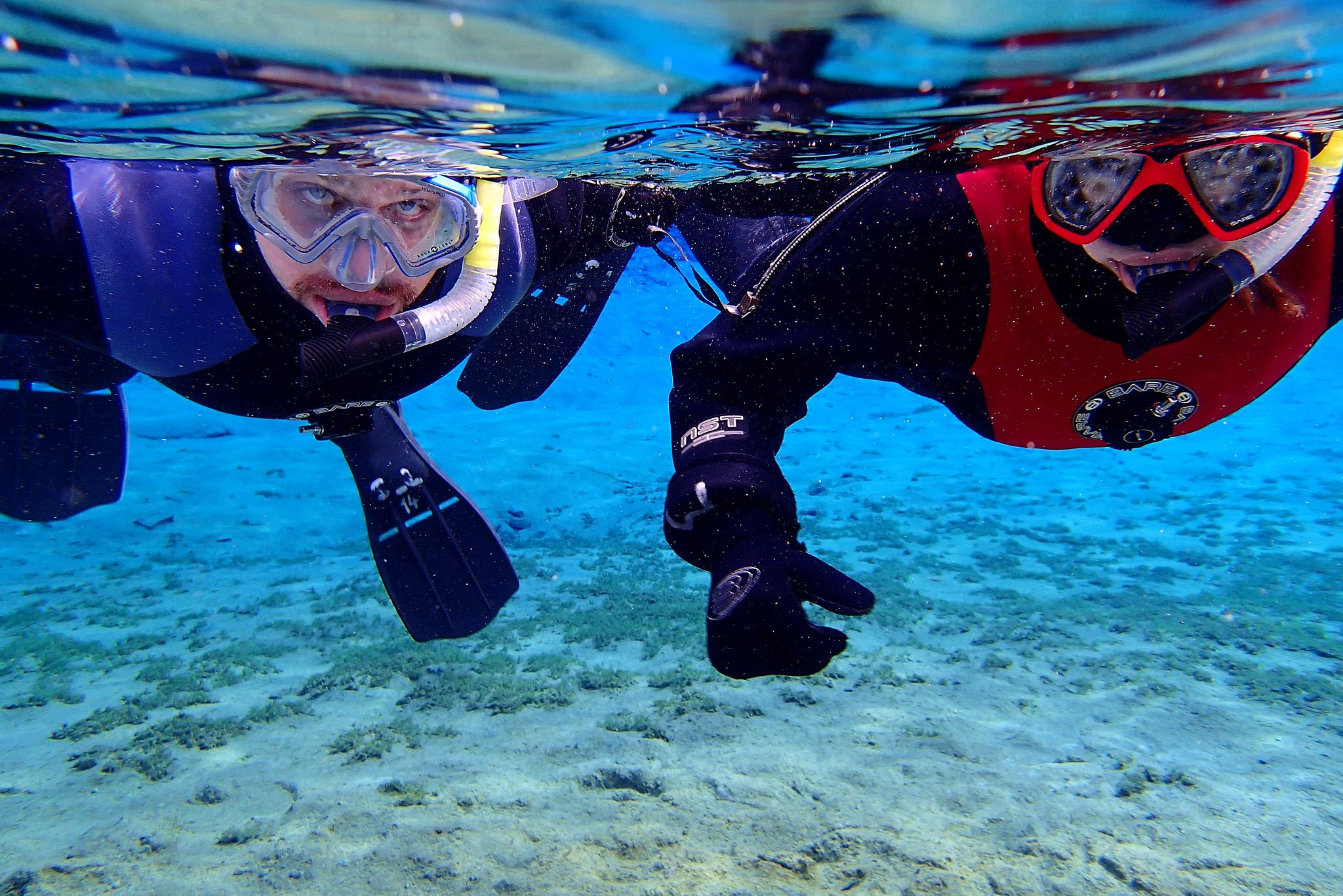 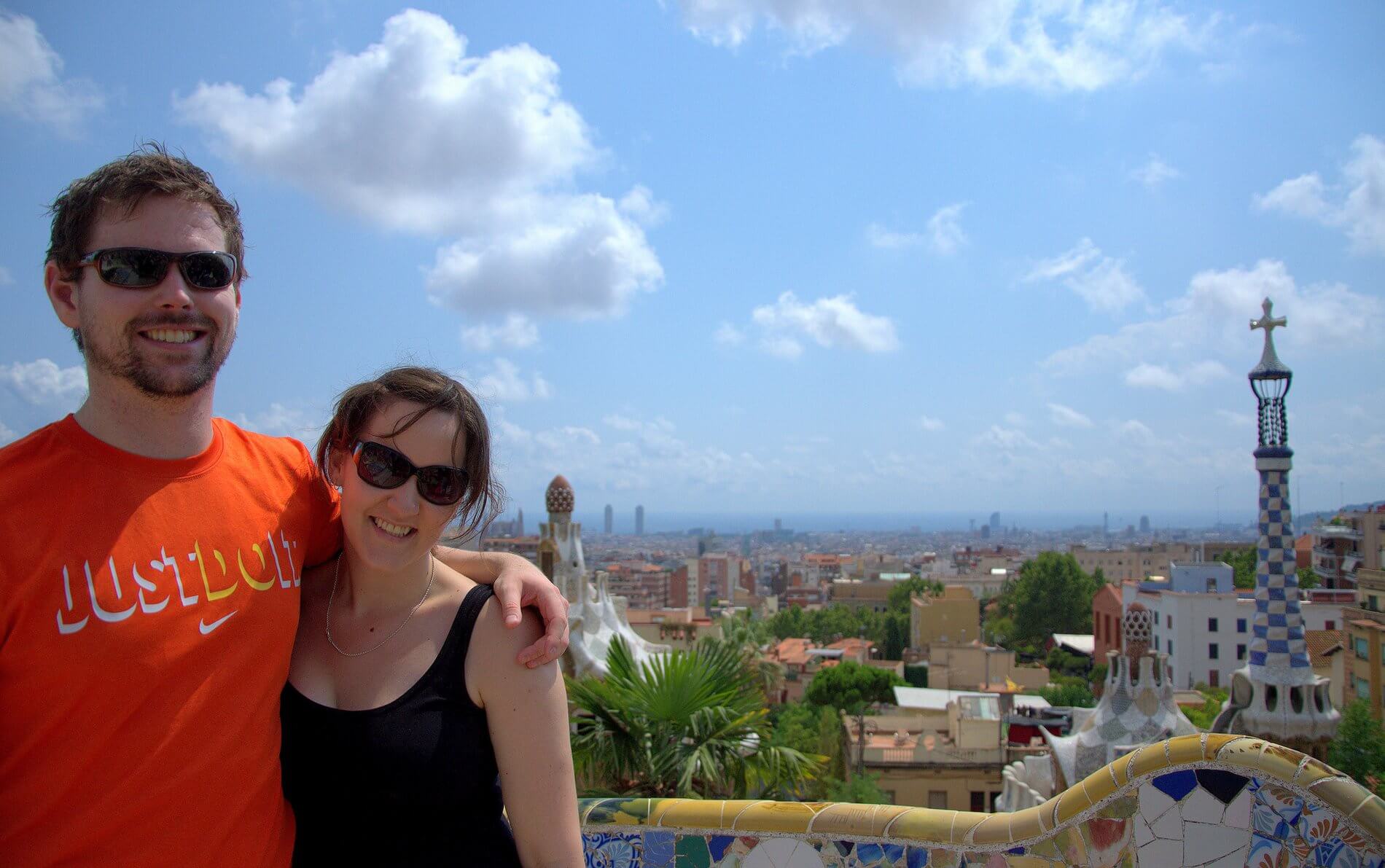