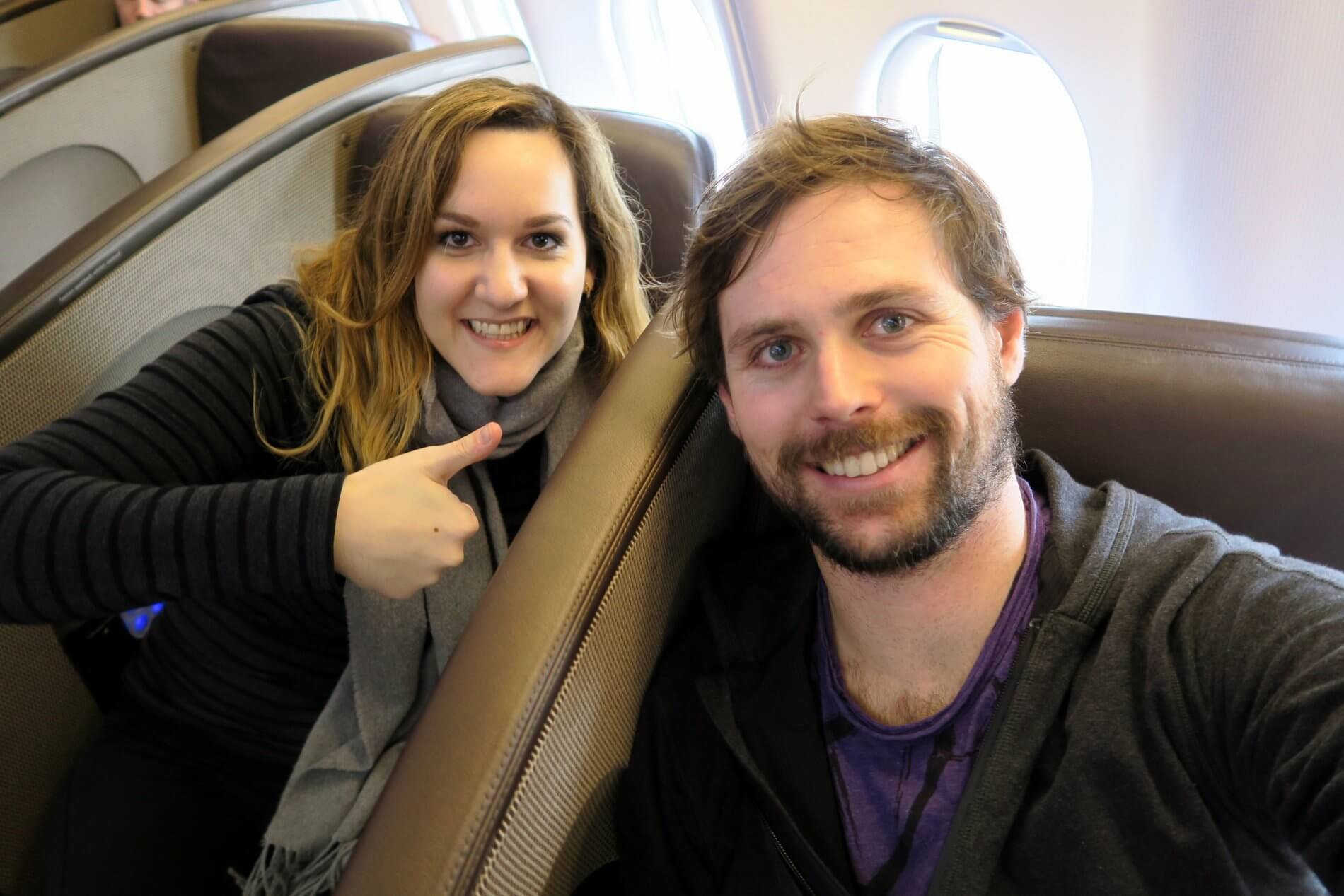 On December 1, we kicked off this crazy adventure by flying Virgin Atlantic Upper Class from London to San Francisco. This flight had a retail value of over £14,000 but we only paid about £700 total for the both of us which is less than it would have cost us to fly economy. We got the tickets so much cheaper because we converted a big chunk of American Express credit card points to Virgin Flying Club miles and I’ll go into detail on how we earned those points and more in another post soon.

Flying in business or first class has long been on our 100 Things List but we knew there was no way we could ever afford to pay full price for it and thought our only chance would be if we got lucky enough to be upgraded for free.

However, after countless flights and the knowledge that we are generally unlucky people, we knew our chances of an upgrade were very slim to nonexistent.

After seeing that we could get the base cost of our flights for our big trip covered thanks to credit card points and only had to pay the taxes and fees, the next decision was where to go. We knew this would most likely be the first and last time we’d get to fly Upper Class and decided the flight needed to be as long as possible so we could make the most of it.

And that’s how we settled on a morning flight to San Francisco.

Click here if you want to skip to the end of this post to watch the video of our Virgin Atlantic Upper Class experience.

We were crazy excited for this flight, so much so that we booked into an airport hotel for the night before just so that we could get up and be at the airport early to make full use of our access to the Clubhouse Lounge.

What we didn’t realise was that our perks would start before that. Upper Class passengers get their very own security channel which meant we got to sneak through a secret door by scanning our tickets and then go through security in no time even with the airport being on high alert and the rest of the security lines being backed up with long queues.

Once we checked into the lounge, it was time to make the most of all the free things on offer. Matt got a 15 minute head & neck massage while I opted for a foot treatment. Neither of us particularly felt like partaking in alcohol that early in the morning (it was about 7:30am when we arrived) but we made up for it later on the flight. Instead of alcohol we went for coffee, orange juice and eggs benedict which were all great as you would expect! The lounge itself was pretty cool too. There were lots of different areas like the spa, a theatre, pool tables and 2 bars (clearly they know their audience). The bathrooms were equally flash with each cubicle having it’s own toilet, sink etc complete with pretentious soap. Those feelings quickly changed as soon as I sat down in my seat, put my feet up, and took the first sip of my welcome glass of champagne. Please don’t make me go back to economy! After my drink, I spent a decent chunk of time geeking out over all the buttons and features that came with my seat. The footrest doubled as a chair and the table came out of the wall so if we wanted, Matt and I could eat together. We didn’t because why would we when we each had our own space? Soon it was time for food and it did not disappoint. My only complaint would be that the 4 course meal was served quite quickly and so by the end of it I was totally stuffed. But it was served on real dishes (not the plastic and tin you get in economy) and was all surprisingly yummy.

Who knew steak on an airplane could be so good?

A few hours into the flight we were served afternoon tea complete with tier plates. It looks better than it tastes. I wanted to make the most of the flight so I didn’t bother trying to sleep. I do wish I had got them to turn my seat into a bed though so I could lie down while watching movies but the seat nearly fully reclined on its own so it was the same thing really.

Matt and I attempted to have a drink at the bar but it was either packed or there wasn’t someone there serving drinks so unfortunately we didn’t get to do that but we did get to take a seat there and check it out at least. That would be my only other complaint about the flight – the crew were super friendly and helpful but could’ve been more attentive. They didn’t really seem that much more interested in checking on you etc than when we’ve flown in economy flights. In fact, some crews I’ve had in economy have been better.

The cabin is also one of Virgin Atlantic’s older models (the newest one is on the London – New York route) so it wasn’t as flash as I was expecting. All up, I don’t think we’d ever spring for paying full price for Virgin Atlantic Upper Class (it just doesn’t seem quite worth the huge sum of cash) but we’re still trying to earn as many points as possible and might try to use them for an upgrade especially for a long haul flight.

Have you ever flown in first class or business class? What was it like and would you do it again? 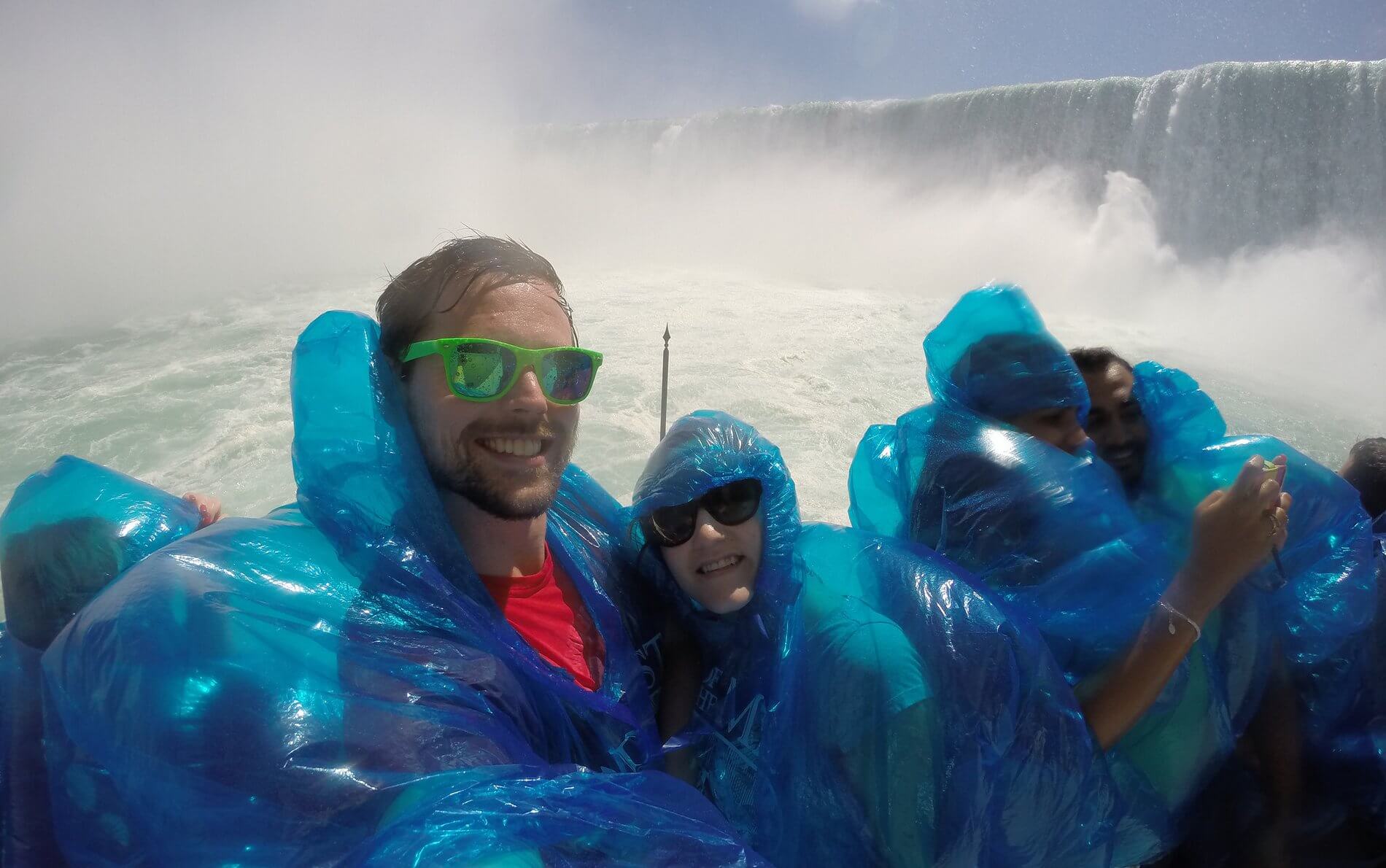 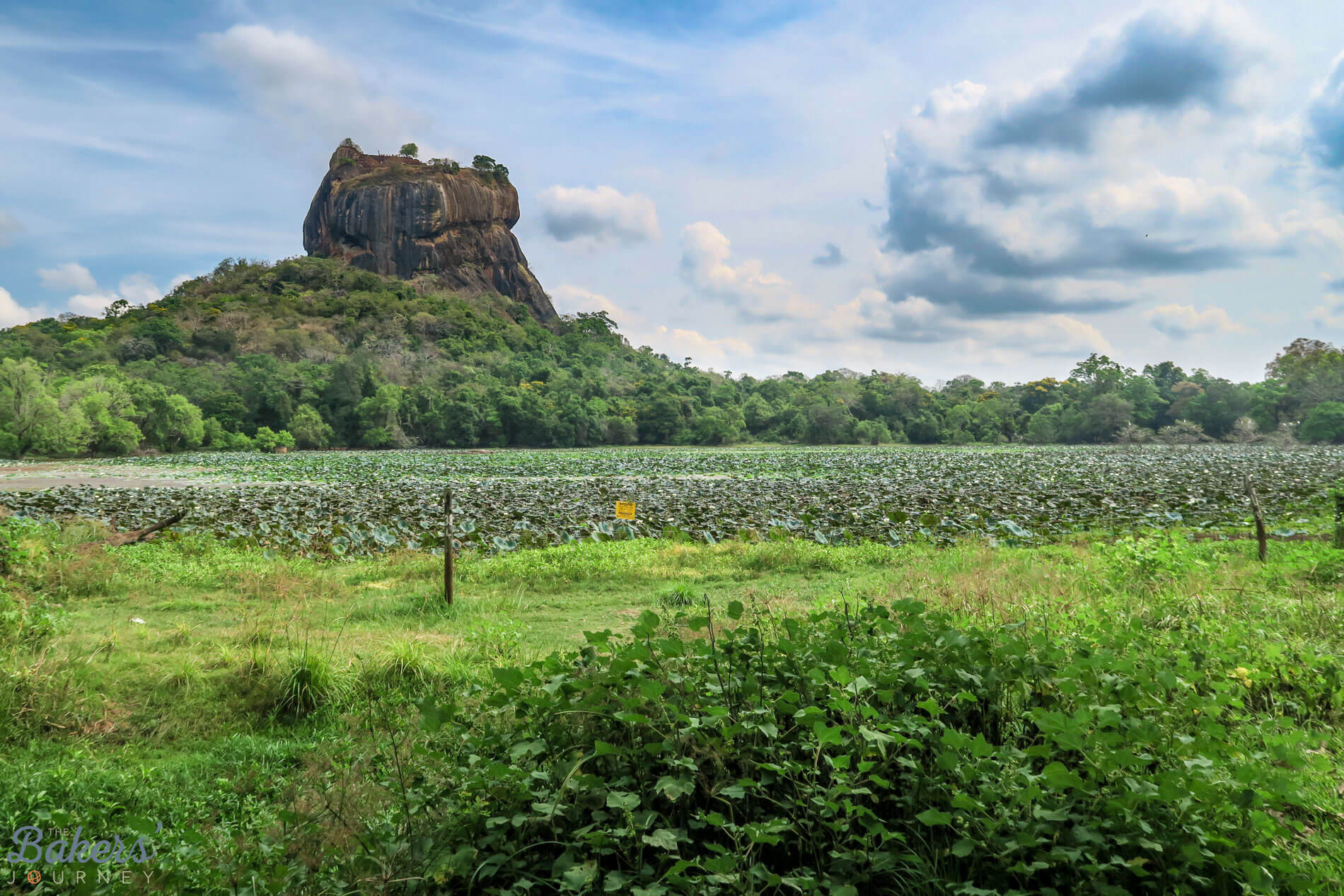 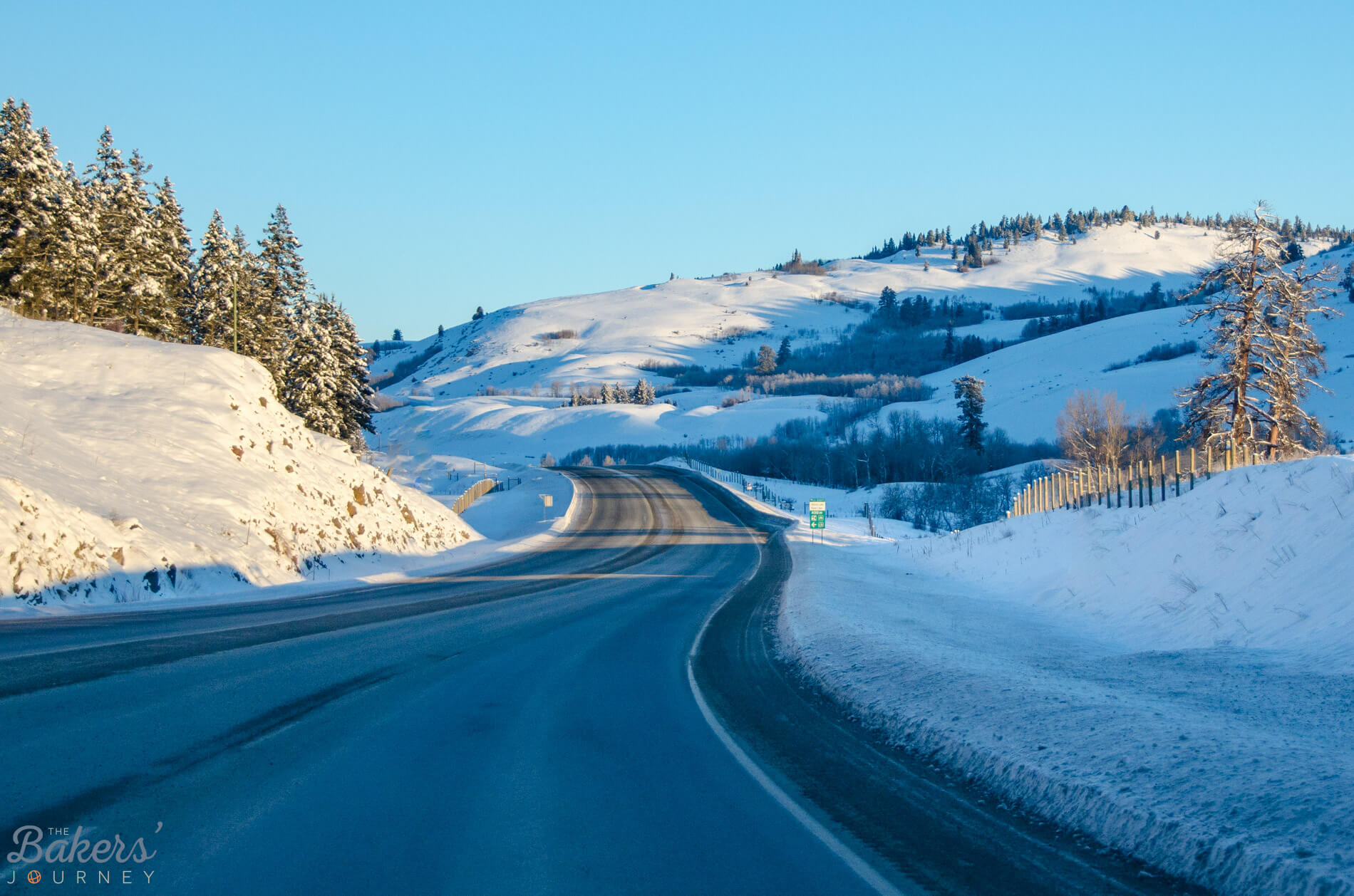 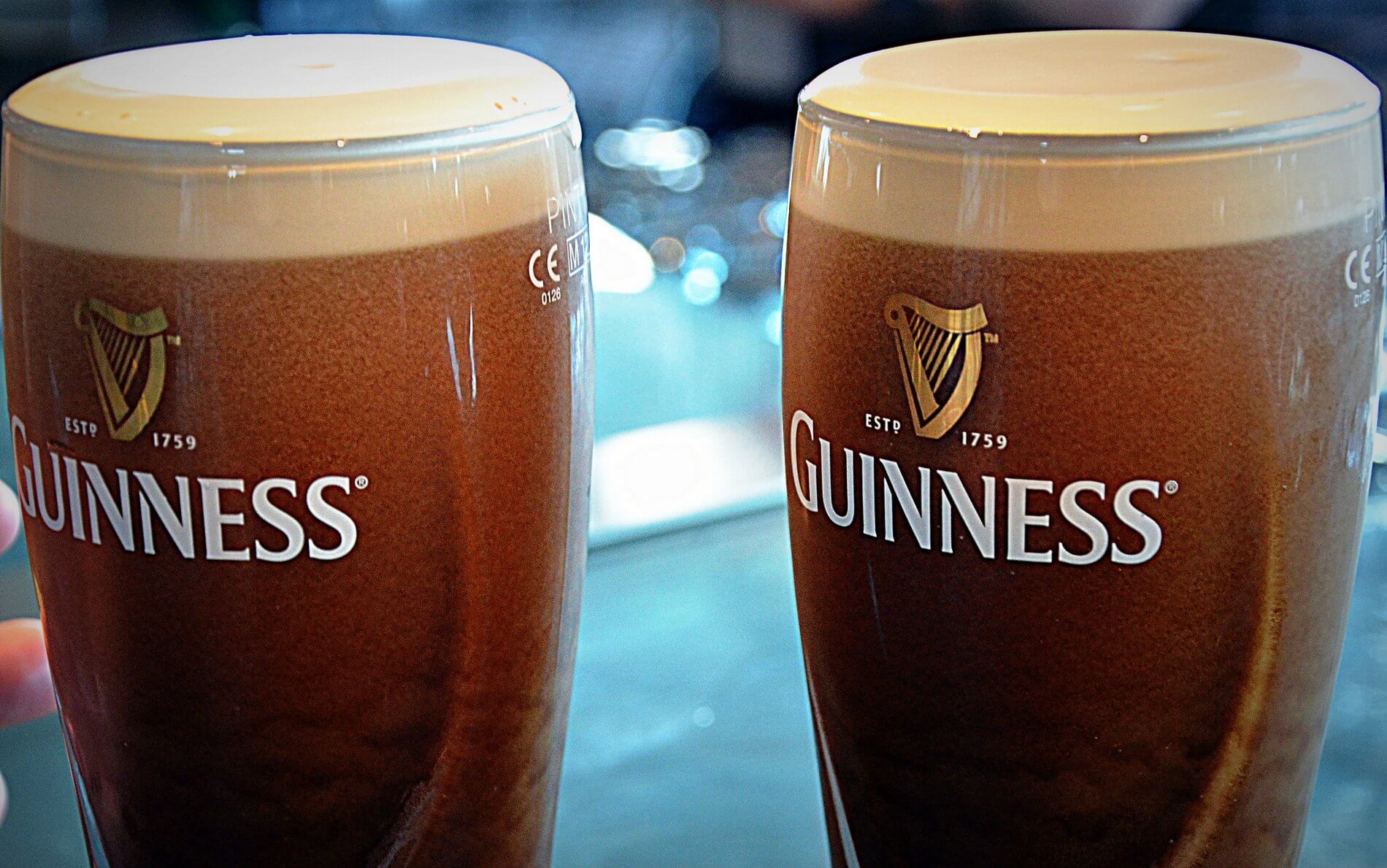