As you read on Matt’s last post, our next and last stop on our Epic Wedding Trip was New York City. Matt has always raved about the time he spent here years ago so I had pretty high expectations. We had a bit of a mission getting to our hotel from the airport – in all it took over 3 hours. The shuttle we got was just horrible – we spent over half that time just waiting at the different airport terminals. Eventually we got to Yotel, our accommodation for the next 4 nights. Yotel’s model is based on small, pod style rooms that feature clever use of space. Even though it was small, it didn’t feel like it and the view we had was amazing! We decided to splurge a little bit and booked the Executive View room.

Sunset from our hotel room

The location was great as well since we were about a 10 min walk from Times Square and the Port Authority subway station. There was also an outdoor bar which we had a quick drink at before heading to bed to rest up for the busy few days ahead.

Seeing as Matt had been before and I was in need of a planning break after planning the Canadian portion of our trip and of course, the wedding, I gladly let Matt take the planning reins and he didn’t disappoint! I did have to ask him to factor in a bit of a sleep in on day 2 because on top of the tooth pain I mentioned in my last post, I now had a cold! Good thing we had all sorts of fun stuff to distract me!

We lucked out and didn’t have to wait too long to get to the top of the Empire State Building. We also didn’t have to wait in the long line to buy tickets since we already had our New York Pass. The view was great and I started to feel really excited that I was finally visiting a city I had heard so many great things about.

I love dinosaurs (cannot wait for the new Jurassic World movie) and was really looking forward to the Natural History Museum and it didn’t disappoint! We were a little rushed because we needed to get our bikes back to the the rental place within our free 4 hour hire period but we did manage to see most of the exhibits and watch a documentary on sharks (which, by the way, pretty much cemented the fact that I know all there is to know about sharks because I didn’t learn a single thing and got a little bored).

This cruise was included in our New York Pass and Matt did a similar one when he was last here. It was 3 hours long and took us all around the island of Manhattan. The guide was great and pointed out all the interesting spots in each borough as well as all the expensive celebrity apartments. I really enjoyed it since it was a gorgeous day and we got a great view of the entire island and the Statue of Liberty.

We knew we had to see a Broadway play but left getting our tickets a little late. Aladdin had really good reviews and it’s not playing in London so we figured we’d go see it. It was also one of my favourite movies growing up so I was pretty excited! The only tickets left were VIP ones but it meant that we had great seats 4 rows from the stage. Drinks at the theatre are always on the expensive side but this was ridiculous – for a gin and tonic and large wine, it cost $45. Seriously, FORTY FIVE DOLLARS. And it didn’t even taste nice. But it was the only negative of the show. It was actually incredible and yes, they did have a flying carpet. The actor who plays the Genie had recently won a Tony for the role and yep, totally deserved. He was perfect. And the actor who played Jafar was the same one who voiced the character in the film! It’s meant to be coming to London soon so we’ll definitely be going again.

I got my piece of Tiffany jewellery thanks to my lovely husband on our wedding day but I couldn’t pass up the chance to go to the store on Fifth Avenue. I didn’t see many things I wanted besides this necklace. I don’t why, but Matt wouldn’t let me buy it…

We got a free bike rental with our New York Pass and spent a morning biking around Central Park. It was pretty fun but it had been a while since I was last on a bike…I think it was when we biked around Angkor Wat. Luckily, it wasn’t as hot this time around but there were a few hills that made us work up a sweat. It got a little stressful when we were on proper roads competing with taxis but it was fine once we made it to the bike lanes. I just wish we had a bit more time so we weren’t as rushed but Matt has us on a pretty tight schedule to fit everything in.

One of the more sombre moments of our visit was to the 9/11 Memorial. It was one of those events that I remember vividly and I was old enough to actually understand what was happening. I don’t like taking photos at places like this but it was such a beautiful tribute and I wanted to remember it. We went to the free museum as well which is run by some of the survivors and yeah, it was tough to be there but definitely one of those things I’m glad I got to experience.

I really only wanted to go here because of that scene in Madagascar where the animals got caught. Yep, that’s pretty much it!

A trip to New York is not complete without a visit to Wall Street and the Bull. Too bad we could barely see it through the tourists!

Walking on the Brooklyn Bridge

Have I mentioned how lucky we were with the weather on this trip? We really did luck out. We were able to do everything we wanted without rain messing up our plans. Walking the Brooklyn Bridge was definitely a highlight for me and was probably the moment when I realised just how much I loved this trip and the city. I would go back in a heartbeat.

Top of the Rock

We thought we’d be able to go up for sunset by just rocking up at the right time but (unsurprisingly) it turns out that’s when everyone wants to go! So we missed out for sunset but still got to go up for some night time views of the city. We loved being up there so much that time got away on us and we almost missed the comedy show we had booked. It turned out being late wouldn’t have been the worst thing. I won’t go into it too much but I will say it was one of the more awkward comedy shows and fair to say that it sucked. Worse still, it had a slightly scammy set up where you got cheap tickets to get in but then had a two drink minimum per person (and the drinks were expensive). A few of the other people in the crowd weren’t the happiest when they found that out. We also got stuck with a group of girls behind us on their phones talking loudly so its not too surprising the comedians were put off and found it hard to be funny.

The High Line is an old rail line that has been converted to a walking path through the city. It was packed with people but we really enjoyed it. It’s such a clever idea for a city that’s pretty lacking in the greenery department (outside of the obvious Central Park).

Some of my favourite TV programmes are based in NYC, the top two being Friends and Sex in the City. Nearby to Magnolia Bakery are the 2 apartments that feature in those shows. The first one being Monica’s apartment:

We since started re-watching Friends and every time I see that apartment I turn to Matt and say, “We’ve been there!!”

All in all, our trip to New York was incredible. It’s not often in my life where I felt like making up some emergency so I could miss my flight. New York has gone on my list of places to live for a year along with Tromso (or anywhere in Norway, really) and Siem Reap.

So that was the end of our Epic Wedding Trip – I think it’s safe to say it was the best trip we’ve been on and one I wished didn’t have to end. 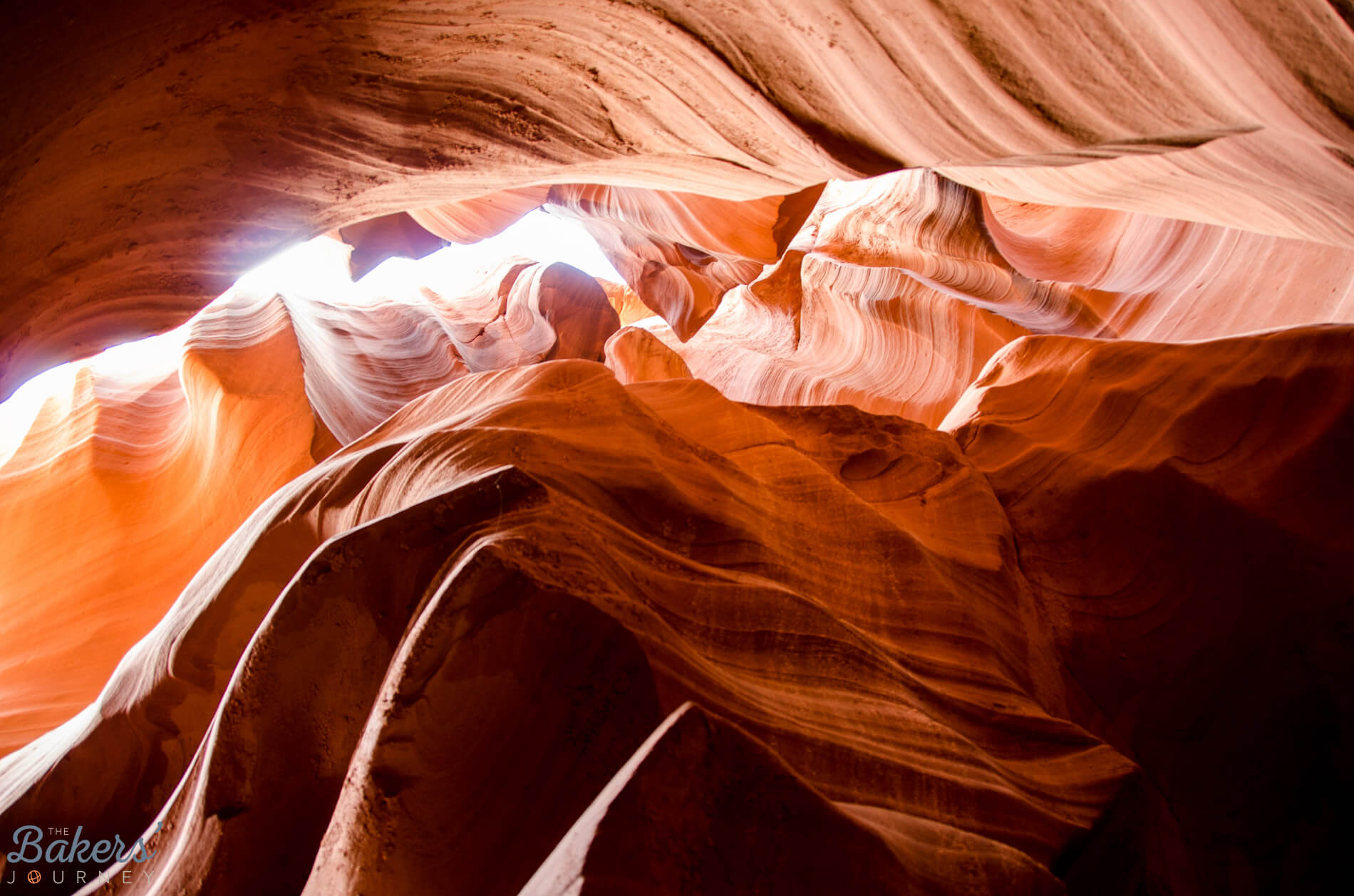 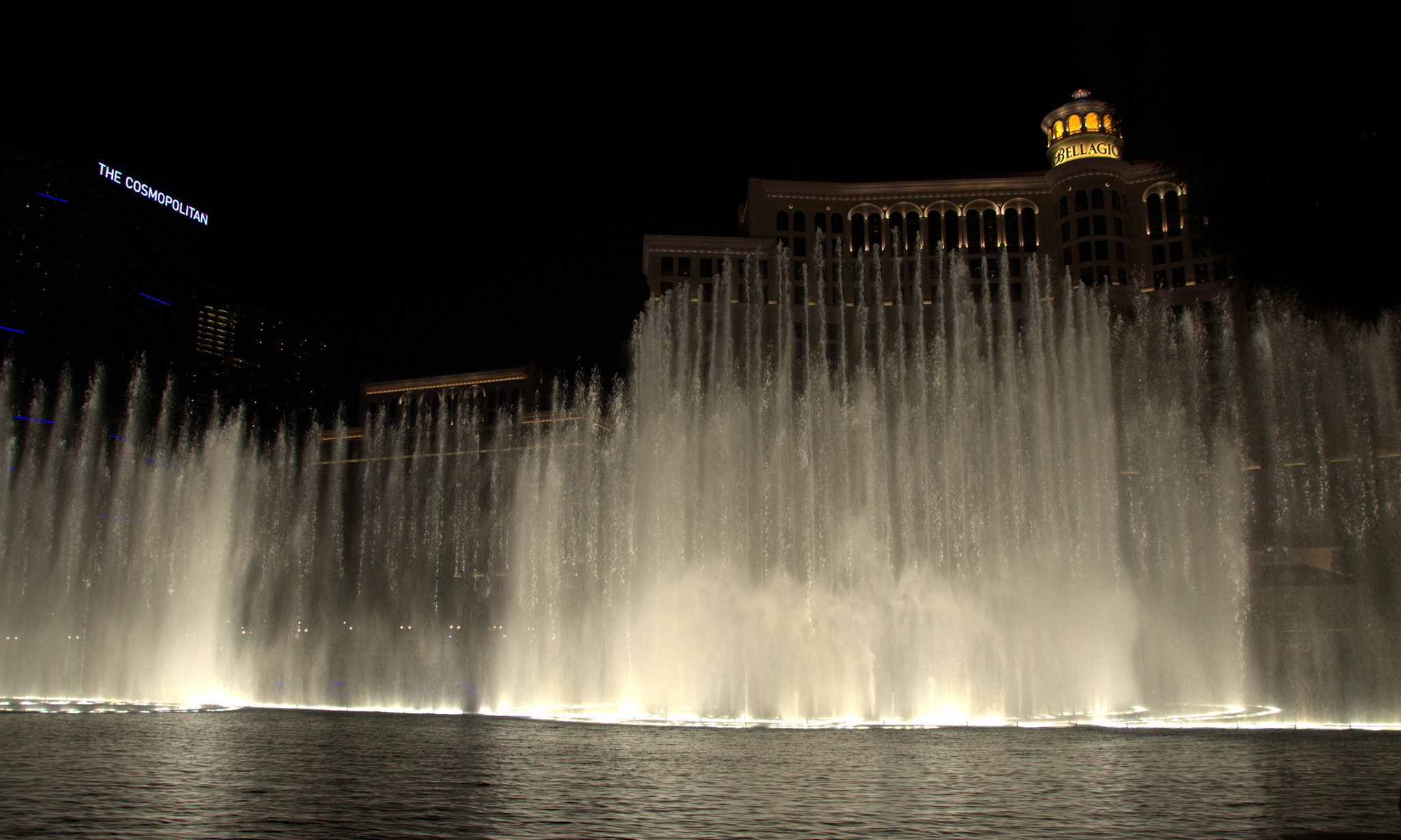 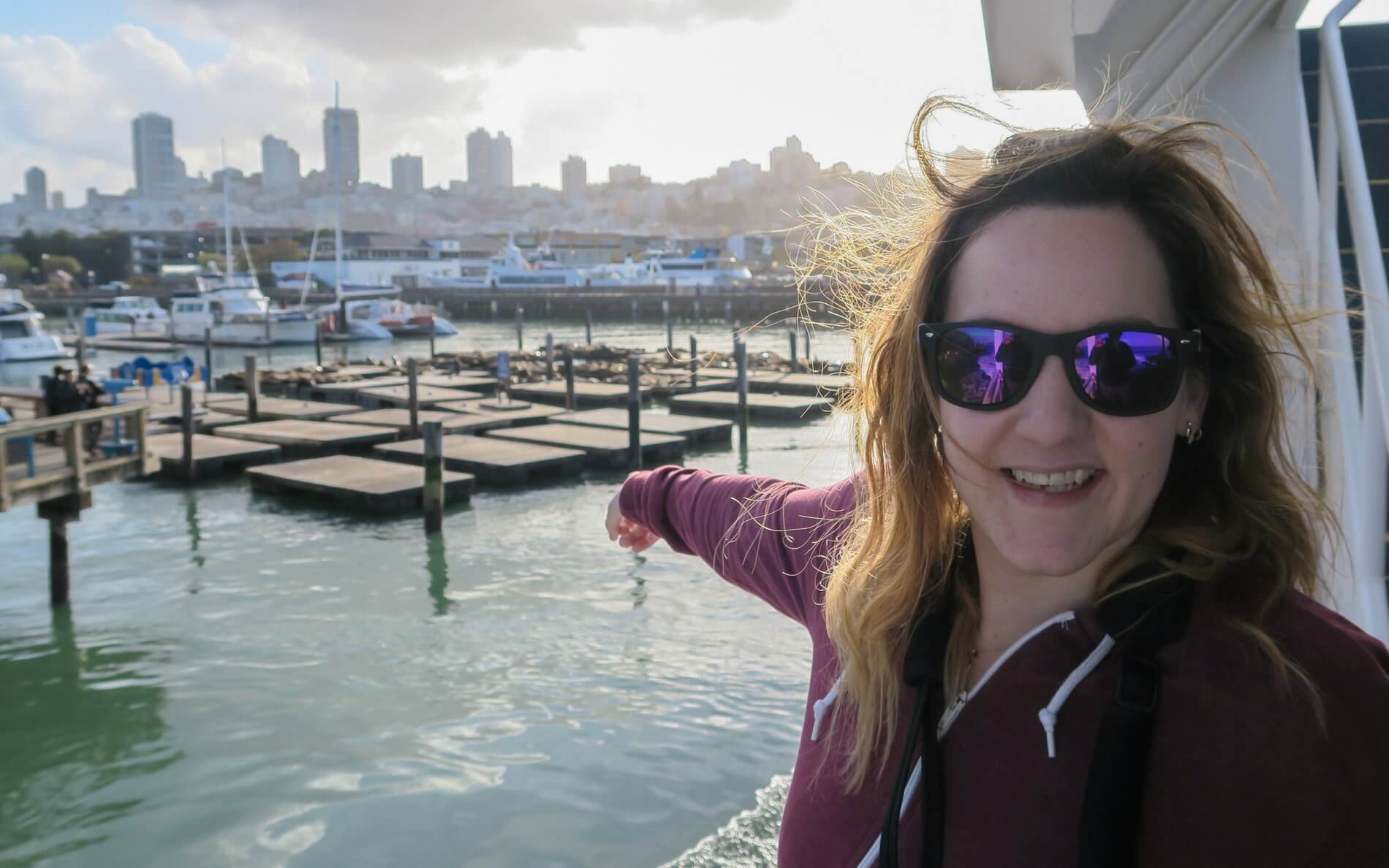 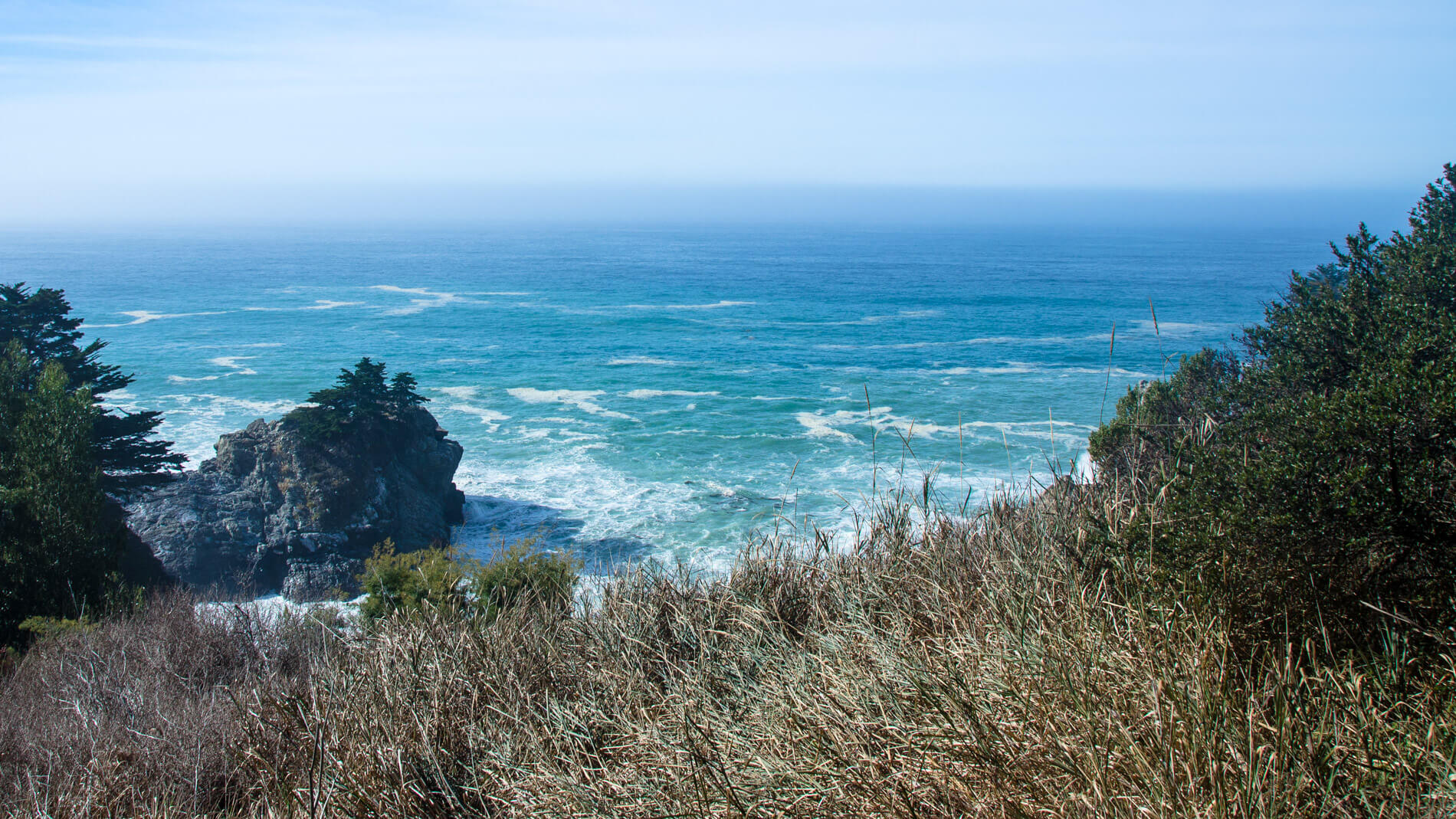