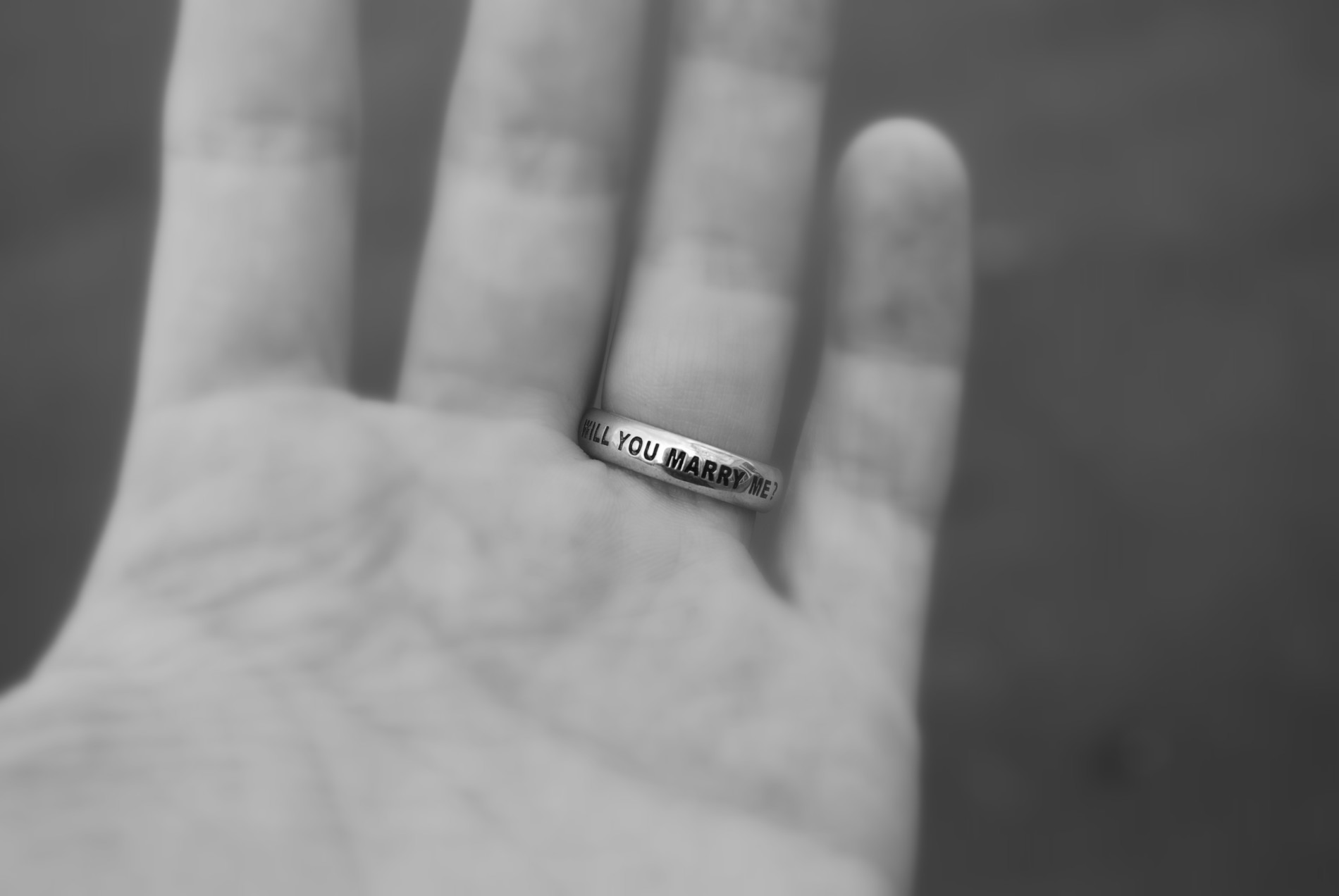 So I guess the best place to begin this is, well, the beginning.  And the beginning for a proposal story starts with a ring.

I had been in to a few different jewellery stores and had studied and learned all about the 4 C’s of diamonds and knew pretty much what I was going to buy.  Only issue was that this was back in NZ and we were planning on quitting our jobs, going travelling and moving to the UK.  We also didn’t have any idea how long it may take us to find a job in the UK.  All things considered it was probably not the best time to make a substantial deposit in to a jewellery store’s bank account.

No surprises from an Accountant, I decided to bide my time and parked the ring shopping for awhile.

Fast forward a few months to our new life in the UK and we suddenly found ourselves with completely joint finances and no way for me to make a purchase without giving it away to Dayna.  One of my life’s great pleasures is surprising Dayna or making her laugh hard enough that she does her crazy banshee shriek so it was key to me that she was surprised.

I eventually decided I would buy a simple little “placeholder” ring that would give me something to propose with.  This also had the advantage of giving Dayna some input in to buying the ring that she will hopefully be wearing for the rest of her life (plus it got me off the hook trying to find one by myself!).

I found a small kiwi company (Wilshi) that sells exactly the type of ring that I wanted and the kiwi connection was a nice bonus.  They also had a nice little necklace to go with the ring after it’s replaced by the proper engagement ring – perfect.  So the ring was chosen.

Next thing I needed to do was figure out a plan to actually propose.  I didn’t think finding a place to propose would be too hard since we now live in London and get to travel around to romantic European locations every few weeks.  Sure enough, we booked a long weekend away in Pisa and Florence and my first plan was hatched – the Italian plan.

I spent quite a bit of time researching and settled on Boboli gardens as the best spot.  I figured it was big enough to give me some time where it was just the two of us around plus views over Florence and Tuscan hills would surely be romantic, right?

Wrong.  As those who have spent time with Dayna outdoors would know, Bugs love her.  Specifically they love to bite her.  After 30 minutes of all the bugs in Florence gorging themselves on her, Dayna finally lost it and was in tears in frustration at the bugs ruining her day.  I meanwhile was relatively bite free though I was awkwardly trying to conceal a large engagement ring box in my pocket and had been for the last 5 hours so it wasn’t exactly stress free for me either.

At Boboli gardens where we nearly got engaged…

Having given up on Boboli gardens I went on to Plan B – a romantic dinner with some italian wine , stroll over to get some Gelato, sit and eat the Gelato on Ponte Vecchio bridge listening to the local buskers sing before a stroll along the Arno river where I would suggest we pull up and sit for awhile before taking the opportunity to pop the question.

All was going to plan until the stroll along the Arno river where Dayna decided, as she is wont to do, that it was past her bedtime and she wanted to be in bed as soon as possible.  So Plan B was foiled and the Italian plan was abandoned altogether.  It was probably a good thing as Dayna later pointed out (after I told her of my old failed plans) that she didn’t think the groups of stumbling drunk people walking along the river would have set a good back drop to a proposal.  Fair enough.

I recovered from my failure after a few weeks and hatched what I guess I should now be calling Plan C.  Plan C came in to play when we left for Reims in the Champagne region of France for another long weekend.  I learned my lesson this time and wasn’t going to try engineer an opportunity to propose.  Instead the plan was just to carry the ring around when I thought there might be an opportunity that day and then hope we would stumble in to a perfect spot.

So on our second day in Reims we were going to a cellar tour and Champagne tasting at Veuve Cliquot in the morning.  Proposing after some Champagne tasting sounded like a good idea so I snuck the ring in to my pocket along with the necklace and off we went.  Only issue was having to hide my bulging pocket from Dayna again (for potentially a whole day).  Trust me, it was harder than it sounds.  Luckily it didn’t take the whole day…

A clueless Dayna having some morning Champagne before our little stroll

After our tour of Veuve Cliquot and glass of their Grande Dame we were keen for more champagne.  Luckily there was another cellar nearby called Ruinart so we headed in that direction.

On the way we walked past what I thought looked like a really nice park.   It was covered in beautiful trees with red and orange Autumn leaves covering the ground and there was a cute little hill in the middle.  I pointed out the park to Dayna by saying “that park looks really nice, do you want to walk through it?”

Dayna replied with “that’s not a nice park, that’s a creepy park”.  And so we stayed on the road and I spotted the potential to propose in the creepy park just to annoy her/prove my point that it was really a very nice park.

Our visit to Ruinart didn’t last long.  We had one short lived conversation with the guy at the door who only knew one sentence of English “You need to make booking at least 24 hours in advance”.  So around we turned, back in the direction of the  very nice, romantic park.

I suggested very subtly to Dayna that maybe we could walk back through the park.  She reluctantly agreed.  At this stage we had walked a lot and it had been awhile since we had eaten so, unsurprisingly, Dayna was getting a tad cranky and wanted (as she informed me) a drink, some food and a seat.  So she did not greet my suggestion to walk up the hill with much joy.  But up we went to a chorus of “This is not what I meant by sitting down” with me arguing the point that there will definitely be seats at the top.

There weren’t any seats at the top.  My plans were failing again despite the fact that it was really nice up at the top and we had the whole place to ourselves.  Dayna pretty much walked straight across the top of the hill and started to head down the other side while I wandered around taking in the view.  I managed to convince Dayna to, reluctantly, come back up and hang out for a bit longer.  I knew I didn’t have long so decided to distract her with something shiny – her “belated birthday necklace”.

At this point I knew this moment was about as good as Dayna would ever give me so I decided to dive right in.  Dayna was distracted with her necklace and then it pretty much went like this:

Me: “…and since you’re never going to give me a good time to do this…”

*pulling the box out of my pocket*

*Me getting down on one knee*

Thankfully the answer came quickly!  Magically Dayna went from being cranky and tired to shaky and excited with a huge grin on her face.  Unfortunately I think I only get to play this card the once.

I really don’t think it could have gone any better in the end.

The spot where we got engaged 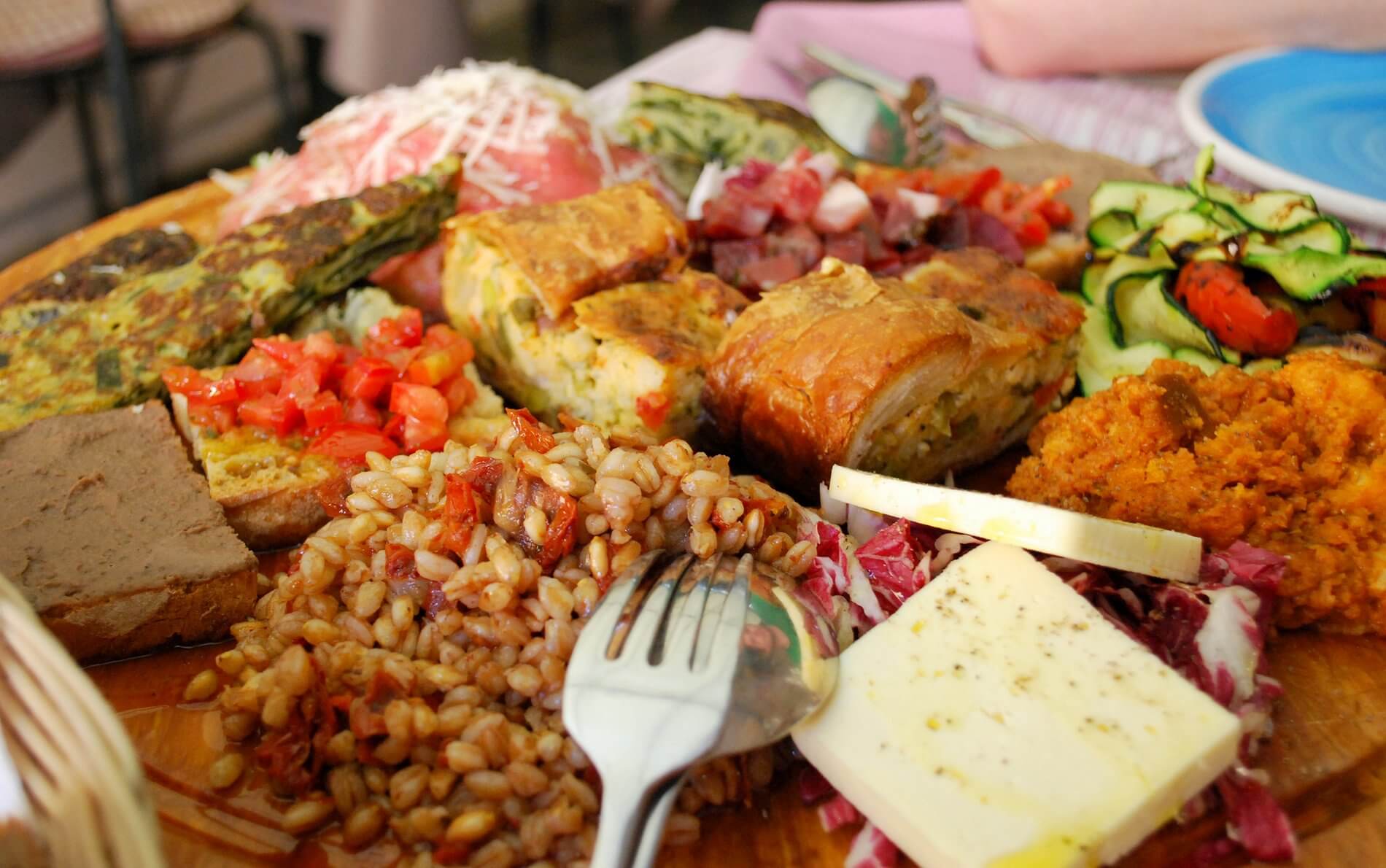 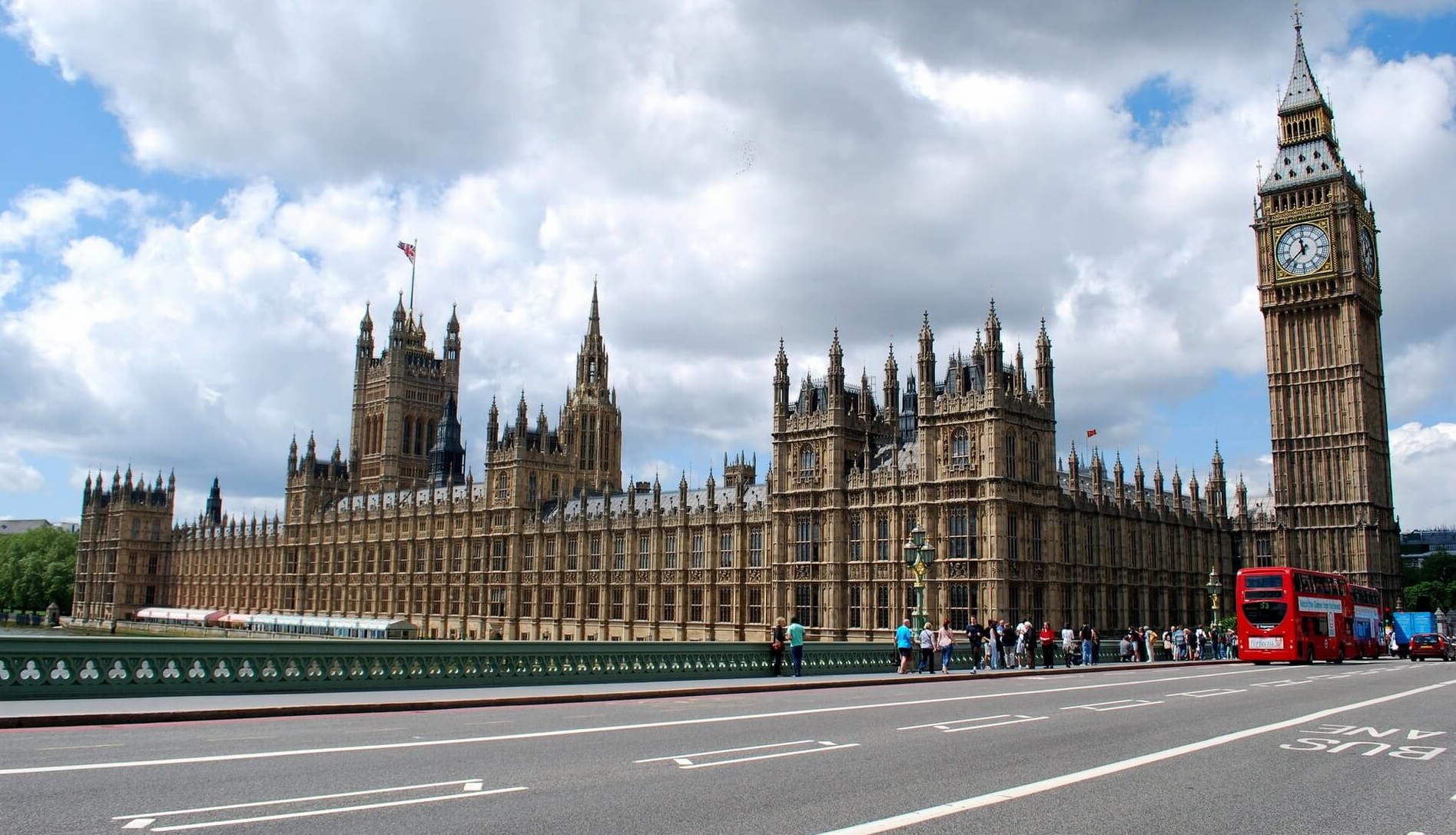 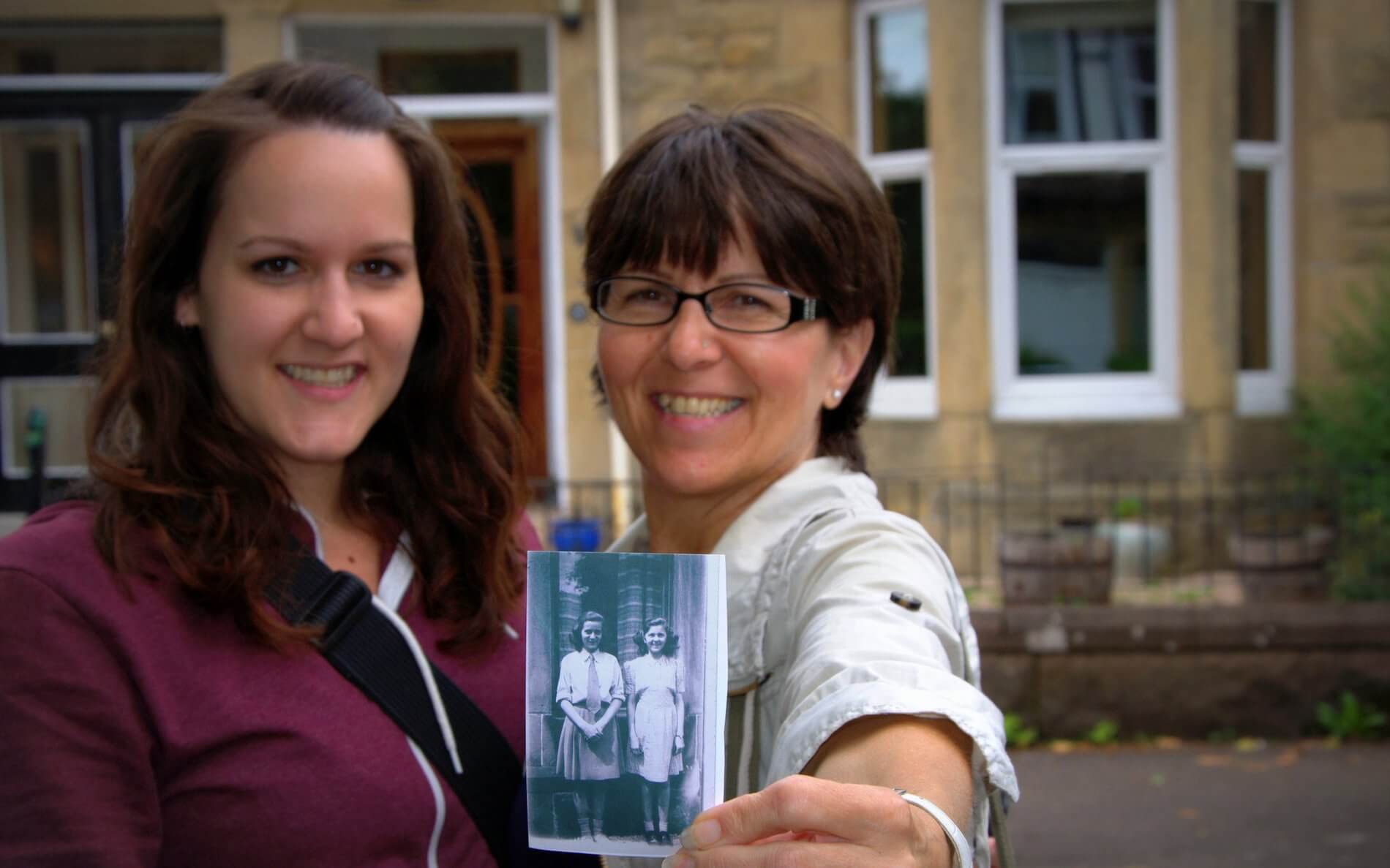 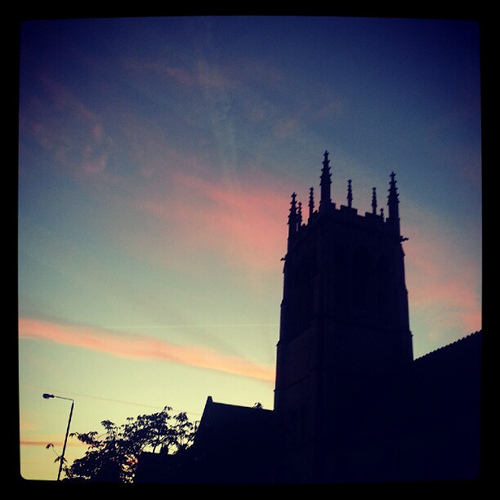