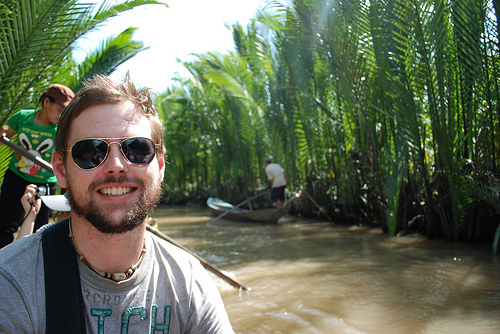 We left the (relatively) quiet city of Dalat behind and took off on yet another bus for Saigon.  I know I’ve been on too many of them here as I am no longer shocked by driving on the wrong side of the road for extended periods of time (with oncoming traffic everywhere), cutting blind corners or any of the other crazy things these guys do in the name of  transporting tourists.

We booked the Golden Wind Hotel in Saigon mainly because the name made me laugh but the downside was that, despite being very close to where we were dropped off by our bus, it was a tad hard to find.  So I left Dayna with our piles of luggage and took off on a quick mission to find our hotel.

You know it’s a good hotel when they hide it down a series of twisting, turning alley ways and have absolutely no signs anywhere pointing the way from the street.  Thankfully I, along with all males, have an in-built sense of direction and I found it no problem and a few minutes later we were all checked in.

The location couldn’t have been better really since being in an alley way meant we were away from the noisy street but we were still right in the middle of the action.  We were even happier when we discovered this bakery called ABC about a minute’s walk from our hotel – best bakery food ever.  We ate something there every day after finding it.

We had a general look around, checked out the night markets, got lost a bit and dodged a lot of traffic before our half day tour to the Cu Chi tunnels.

I think most people have heard of these tunnels but, just in case you haven’t, they are a huge underground network of tunnels dug by the local Vietnamese people and used most famously during the Vietnam war to help the Viet Cong fight and evade the US soldiers.

One of the tiny tunnel entrances

Our guide was really good and gave us a balanced, informed view of the history of the tunnels.  He explained the stories and history from a neutral point of view so it made a nice break from the heavy propaganda at some of the places we’ve visited.

There is a shooting range on site where you can pay to shoot a range of guns including machine guns like M-16s, AK-47s etc with live ammunition.  I guess the gunfire, which was even louder than I expected, gave us a slightly more realistic idea of what it might have been like to be here during the war.  You paid for 10 bullets minimum (~$16.50) and it sounded like quite a few people bought a fair bit more than that and let them off all at once.

Being unemployed, we opted for the cheaper option of just getting something to drink and waiting for the rest of the group to fire off their bullets.

With our ears ringing from the firing range we moved on to a bunch of gruesome traps that would impale, maim or kill anyone unlucky enough to run in to them.

The “Tiger” trap was a particularly nasty one with a camouflaged trapdoor with bamboo spikes soaked in animal poop (so that if you manage to survive the spikes you’ll die from the infection).

There were also a bunch of traps that led to, in our guide’s words, soldiers having to go off to Bangkok to become Ladyboys.  Yep, they designed traps that would swing spikes in to your groin.  Rough.

Dayna and an old destroyed American tank at Cu Chi

The climax of the tour was meant to be actually going through some of the tunnels (although these ones have been widened for us fat westerners – we wouldn’t fit in the original ones).  We were both trying our best to overcome some claustrophobia and go through the tunnels but we didn’t succeed in the end.

About as far as I got in to the Cu Chi tunnels – damn you Claustrophobia!

I had been as positive as possible about going through the tunnels but as soon as I took a couple of steps inside the tunnel my body quickly told me that, no, this is not going to end well if I go any further.  I backed out quickly to avoid turning in to a hyperventilating mess.

My (not so) inspiring effort put Dayna off from even attempting it so we had to meekly sneak back to our tour group without completing the underground trek.  Claustrophobia 1 – Matt and Dayna 0.

The other main side trip out of Saigon is to the Mekong Delta so we joined a tour for that the next day.  Our luck with tour guides ran out a bit and we didn’t get too many interesting things out of this guy.  We visited a long stream of places to try different types of food and drink and see some of the area but our guide’s most interesting advice throughout the day was that drugs and prostitution were illegal in Vietnam and we shouldn’t do it or we will get killed.  Not sure how that relates to the Mekong Delta but good to know I guess.

We met a bunch of guys from Malaysia in town on business who we hung out with for the rest of the day and they made the tour for me.  They had some great stories from their trips and were just good company.  My favourite story of theirs was from a trip to Saigon a few years ago.  They were in a taxi on the way to the airport in gridlock traffic so their driver told them they’ll have to jump out and get a motorbike (with all their luggage) or else they’ll miss their flight.

They didn’t think this would be too bad, the 3 of them still thinking that the driver was saying they would be fitting on 3 separate bikes.  But no, the driver flagged a motorbike down for them and the 3 of them squeezed on to the bike behind the driver and spent the next 30 minutes with their arms straight up holding their luggage above their heads.  Makes me think our motorbike rides were pretty tame in comparison.  They made it to the check in counter with only minutes to spare, only to find out the flight had been delayed 2 hours.

Enjoying the ride on a row boat in the Mekong Delta

After about 3 and a 1/2 weeks in Vietnam, we’ve only managed a couple of proper conversations with locals that didn’t involve us buying something off them or them trying to sell us something.  However, on our last night out in Vietnam we found a perfect way to end our time in Vietnam by chatting to a local guy over a few beers at a street stall selling cheap (30 cents for a pint) local beer.

We learnt about Russians (allegedly) laundering money through Vietnam, and a few of the ins and outs of some of the buildings and bridges his company helped build (he’s a civil engineer).  He spoke english reasonably well but did come up with some pearls like when he wanted to know how long Dayna and I had been together by asking “How long have you two been loving each other?”.

He was great company anyway and it was the perfect way to say goodbye to the exciting, beautiful, colourful and sometimes infuriating country that is Vietnam.

Watching the traffic in Saigon 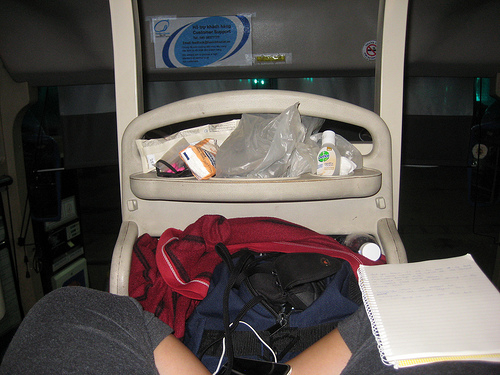 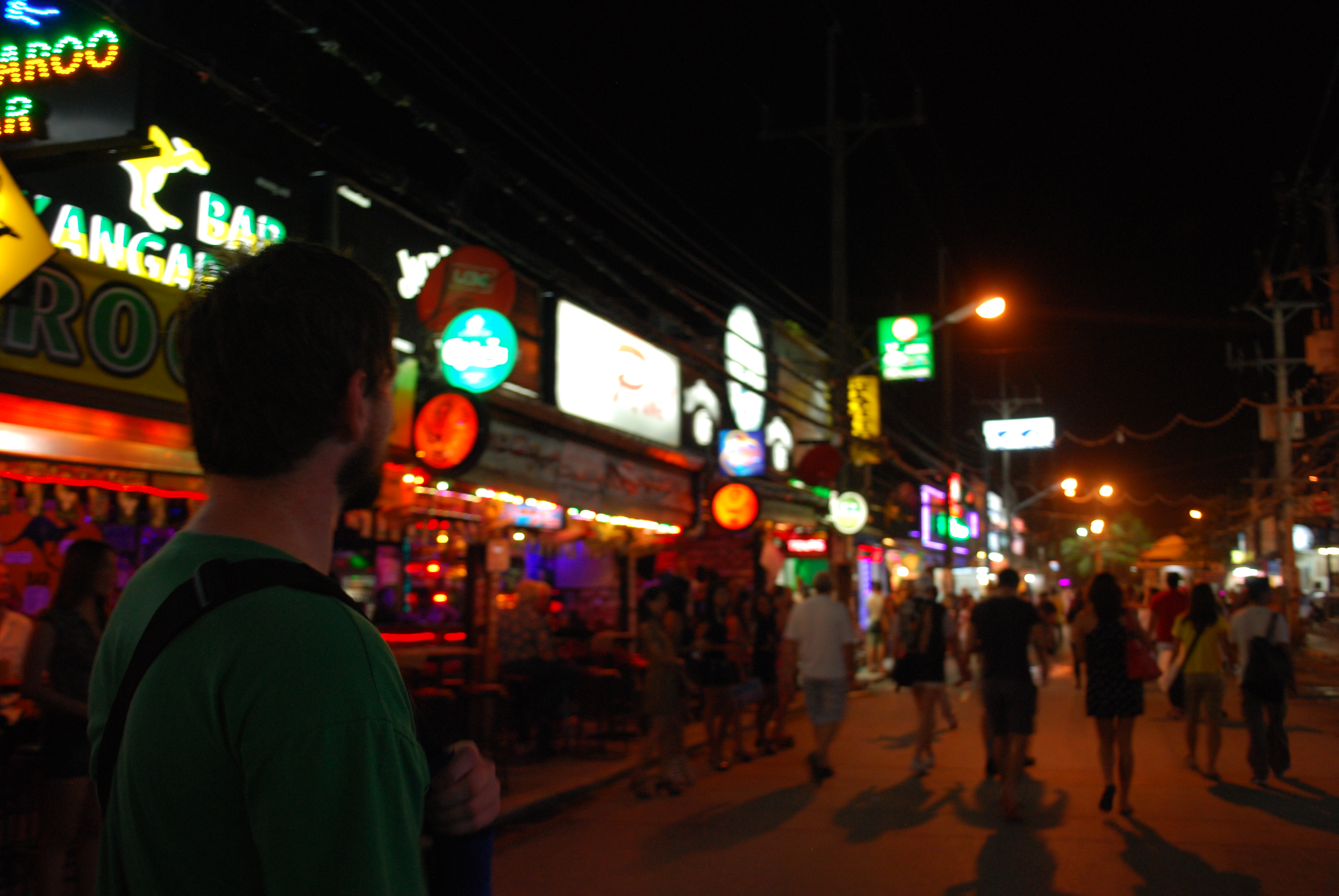 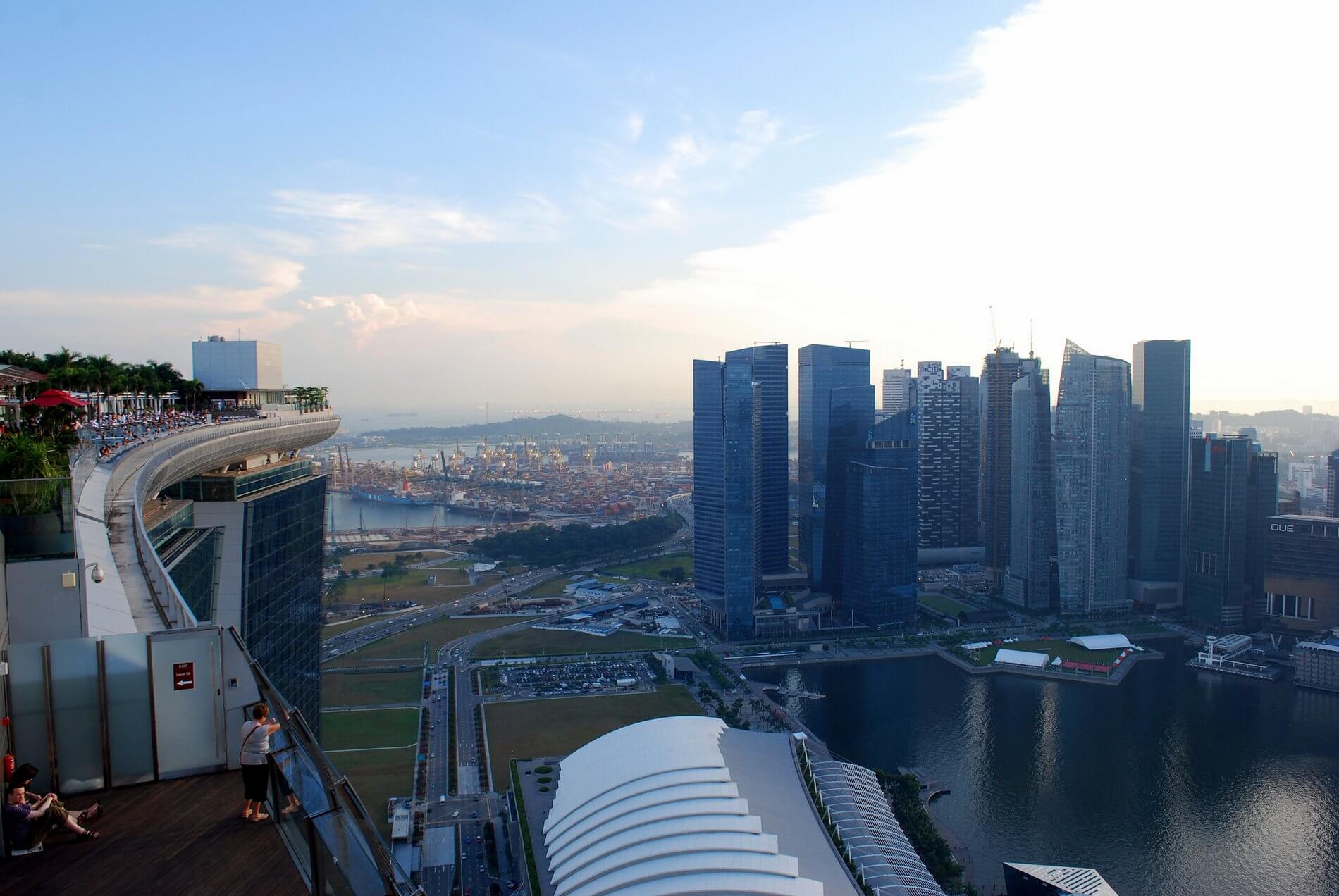 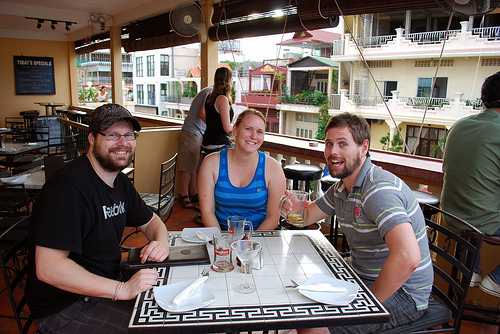